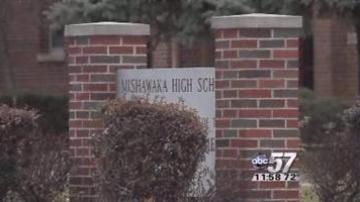 MISHAWAKA, Ind. -- Another Mishawaka wrestler has been found guilty!

The teen is one of six accused in the 2010 sexual assault of a wrestling teammate.

He will be sentenced May 18th. He's the second teen found guilty.

Another wrestler copped a plea.

Three others still have to go to trial.