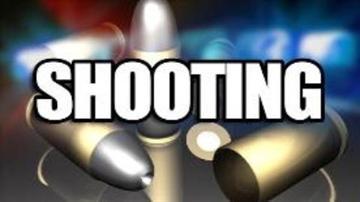 SOUTH BEND, Ind. -- A man who was shot twice by a retired police officer after trying to rob him at his South Bend home was listed in stable condition at Memorial Hospital early Friday morning.

Another suspect has been arrested, and a third suspect was still at large Friday morning.

Police said the three men attempted to rob former Lt. John Collins outside his home on the 1000-block of Woodbine Way in South Bend just after 7:30 p.m. on Thursday.

Lt. John Collins is a 28-year veteran of the force and retired from the South Bend Police Department about two years ago.

Since a retired officer was involved, Metro Homicide was at the scene early Friday morning.

Detectives found multiple shell casings and the shotgun on the ground outside of the home.

Police said they did not know which suspect was armed with a sawed-off shotgun, but in defense, Collins grabbed his gun and fired at the men. Bullets hit one of the suspects, who was shot in the arm and foot.

Police said the injured suspect jumped in the getaway car, and another suspect drove him to the hospital.

The driver was arrested.

Collins was unharmed in the shooting.