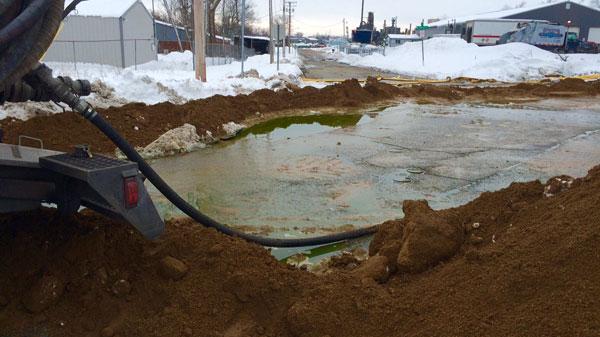 The Indiana Department of Environmental Management is overseeing the cleanup of the chemical release related to the fire at Warsaw Chemical on Friday.

During a fire Friday, a bulk storage container leaked methanol.

The methanol mixed with the water from firefighters and drained into Winona Lake.

Warsaw Chemical hired a contractor to use an aeration system to evaporate the methanol from the water.

The contractor is also looking into any potential contamination at the plant.

IDEM is expected to test the water Monday to see how effective the aeration has been.

Residents are advised to not fish on the lake and not to consume any fish from the lake until further notice. So far no dead fish or birds have been spotted.

IDEM is still investigating but says they are unlikely to fine Warsaw Chemical because they responded quickly to the incident.

However, the incident is still under review.