Upset grandma: "My grandson is innocent; he doesn't do meth." 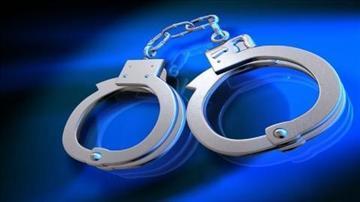 SOUTH BEND, Ind. - A grandma is speaking out saying that she feels her grandson was arrested without cause.

Investigators were called to 1815 LincolnWay West around 4 p.m. Wednesday where they discovered several items in the backyard and garage used to make meth.

Four kids, ages 2-8 were taken from the home by Child Protective Services.

Andrew Lester, was questioned for several hours by investigators and eventually arrested on drug related charges.

Lester's grandma, Juanita Amor was very vocal on the scene.

"They do not do meth, if they did I would have turned them into the cops myself. My grandkids are the precious things in my life and I don't want them taken away."

No word on how long the kids will be with CPS. Amor said that CPS has been called to the home before, although didn't go into detail why. She said this was the first time that the kids were removed from the home.

Lester's wife told ABC57 News that she had no idea that these chemicals/items found in the backyard and garage were even there.

It's unclear if the family owned the home or was just renting.

"I would appreciate it if people would leave us alone and whoever turned us in would go to jail for turning us in. If we find out, you're out of luck," Amor said.

Formal charges are expected as early as Thursday morning from the Prosecutor's Office.

An investigator on the scene said that Lester is just one of several arrests that will be made in connection to this most recent meth bust.

Stay with ABC57 News for instant updates on this developing story.