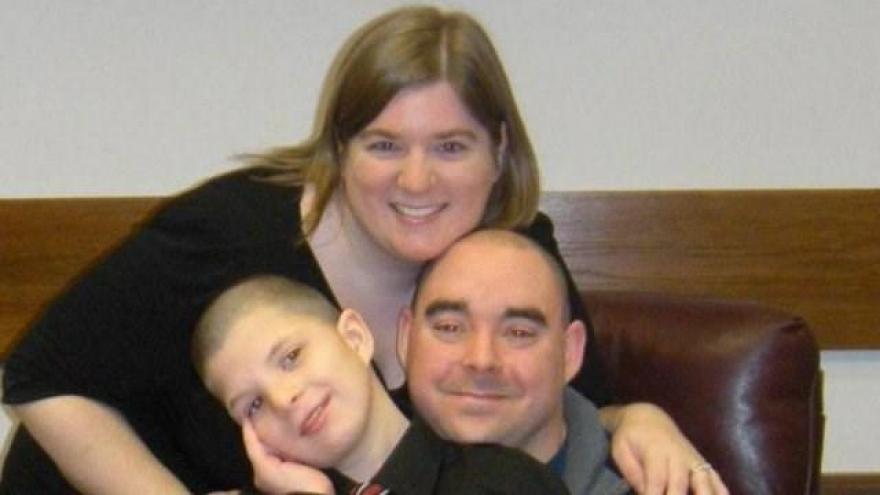 NEW YORK (CNN) -- Foul play was suspected from the first moments the disabled boy's body was discovered in the ashes of an upstate New York home.

Jeffrey Franklin, a 16-year-old adopted child with special needs, did not perish in an early-morning blaze that appeared to have started in the wood stove that heated the house in the town of Guilford, about an hour and half southeast of Syracuse, investigators said.

"Early on, almost immediately at the scene that night, some red flags went up," Chenango County Sheriff Ernest Cutting Jr. said Saturday. "We chose to kind of keep it close to the vest."

Jeffrey's adopted parents were indicted on second-degree murder and arson charges Friday -- weeks after the March 1 fire that authorities allege they started to cover up the killing.

Ernest Franklin II, 35, and wife Heather, 33, are also accused of tampering with physical evidence but could face additional charges, according to Cutting.

Attorneys for Franklin and his wife did not return calls seeking comment.

Authorities have not said how or when Jeffrey was killed in a case that has stunned the rural south central New York town of about 2,900 residents.

'Totally reliant on his parents'

"It's shocking," Cutting said. "Jeffrey was a handicapped person who was totally reliant on his parents. You would hope in your mind that they would be there for the right reasons and try to take care of this boy. Unfortunately, his life ended brutally."

The couple adopted Jeffrey six or seven years ago, according to Cutting. Franklin had served in the military; his wife stayed home to care for their adopted son.

"Jeffrey was developmentally challenged," Cutting said. "He was also physically handicapped -- pretty much in a wheelchair."

Investigators were looking into the possibility that Jeffrey may have been physically abused in the past. The Franklins, who were arrested earlier this week, are being held without bail.

Shortly after the fire, a neighbor of the Franklins, Dominick Gildersleeve, created a GoFundMe page to help the couple. The page raised more than $11,000, according to Cutting.

The page has since been taken down and a GoFundMe statement said donors will be refunded their money.

"I have been absolutely, horrifically betrayed," Gildersleeve told CNN Saturday about the couple and the charges against them.

"For working class people, that's not small money," he said.

Gildersleeve, who said he's lived across the street from Ernest Franklin since 2009, told CNN he could not comment on the specifics of the case because he expects to be called to testify at trial.

"I have to walk by the ruins (of the house) every day," he said, explaining that he has helped to keep up the Franklins' property and care for their farm animals since the fire.

"It wears on you, especially knowing their son died," he said. "But I thought I was helping my friends."

Sunday morning -- days before her arrest -- Heather Franklin wrote of her late son on Facebook: "I am still feeling lost without JR to take care of."

The post said the couple was staying with friends, had found a new home and had set up a gift registry to replace items lost in the fire.

"Many people have asked us what kind of things we need," she wrote. "We have came up with a list of needs, and, or wants."

Cutting said the probe of the fire -- reported at 1:15 a.m. -- became a homicide investigation shortly after Jeffrey's body was found. He would not elaborate. One of the parents was home at the time.

The Franklins were mostly cooperative until they were recently called in for an interview with investigators, Cutting said.

"They would talk to us initially and it got to the point that he asked for an attorney and the questioning stopped," the sheriff said. "She talked for a while and ... it then became obvious that she wasn't to cooperate either."