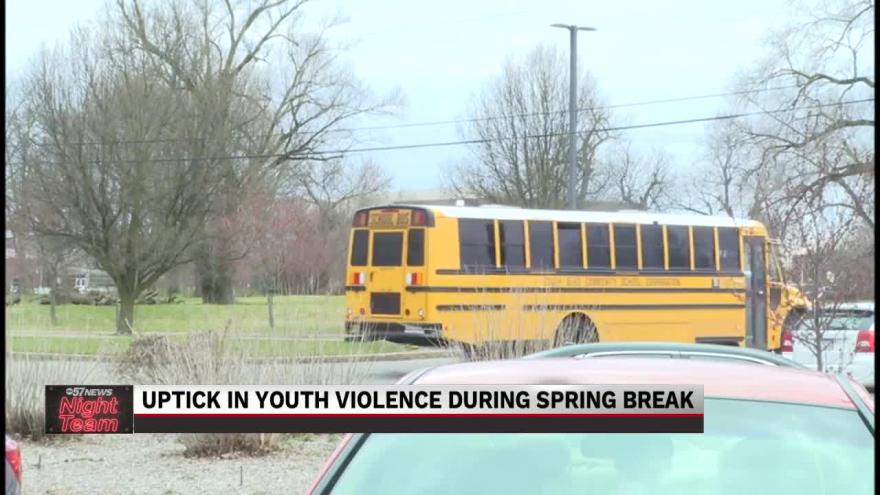 SOUTH BEND, Ind. --- Shooting hoops with teens is one part of Lety Stanton-Verduzco’s day as director of mission integration at the Boys and Girls Club in South Bend.

She’s worked with countless Michiana kids over the past 10 1/2 years, but her goal remains the same with each one keep them off any violent paths.

“It’s difficult to see any loss right, but especially kids that we at some point did have within our walls. So, what we’re trying to do is to just reach out and create safe spaces so that as they get older, they know they can continue to come back here," Stanton-Cerduzco said.

But two children Lety worked with recently, won’t come back.

She shared two young people she worked with, lost their lives in the recent uptick in youth violence something even city leaders are taking notice of.

“It wants to make you cry. Unfortunately, right now you just don’t know they could be at the wrong place at the wrong time, and you don’t know who has a gun out there right now," said Sheila Niezgodski, South Bend Common Council Member.

Niezgodski recommends parents who are struggling with violent behavior encourage mentorship options for their kids.

Programs are available through city organizations like the police department and the Boys and Girls Club.

“These are specially designed for our teens to be able to have open discussion and dialogue about not only things that we kind of bring forward that we think are important, but also to give them opportunities to talk about things that they feel are important," Stanton-Verduzco said.

Nothing is off limits. Topics include school, relationships, and even violence in their community.

Something one of their own teens credits her success to as she prepares to compete for youth of the year this week.

The Boys and Girls Clubs are currently registering for summer programs.