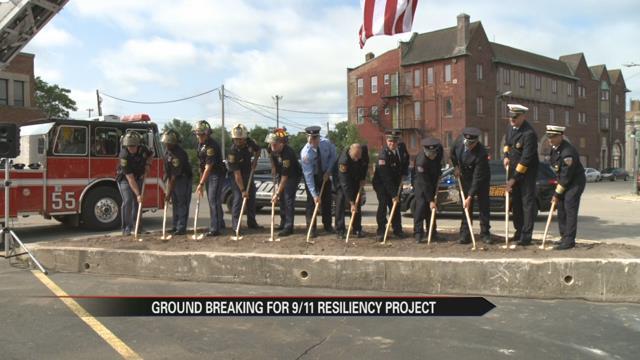 Area leaders participated in the groundbreaking ceremony for the 9/11 Resiliency Plaza in Benton Harbor Wednesday.

The new plaza is at 201 Wall Street and will include a steel beam recovered from the World Trade Center after the terrorist attacks on September 11, 2001.

Two Niles Township firefighters escorted the beam on its trip from New York to Berrien County, according to the Project Resiliency website.

The public display will honor the sacrifices of first responders involved on 9/11 and the resiliency of our nation.

“This is going to be a square that for the rest of our lives is going to serve as a reminder to what the country went through and the sacrifice that was given directly by those that lost their lives,” said Upton.

A dedication and unveiling ceremony is planned for September 11, 2015.