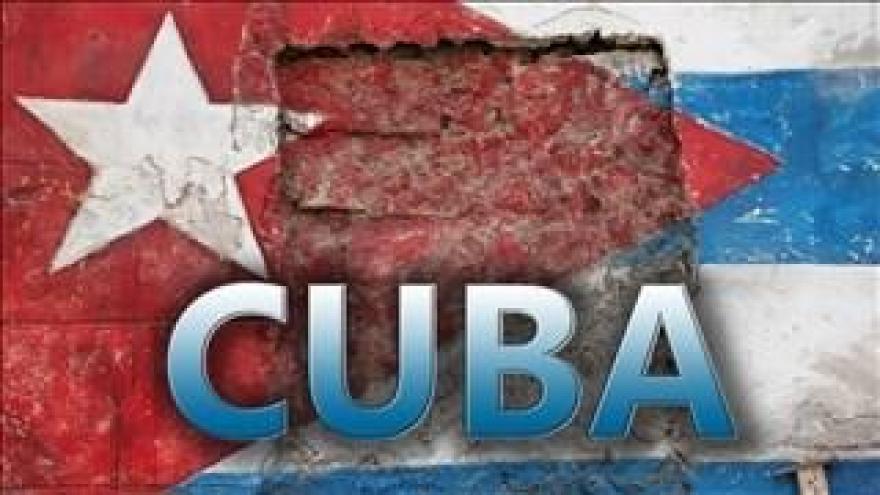 (CNN) -- The US on Tuesday expelled 15 Cuban diplomats to match staff reductions at the US Embassy in Havana after the US ordered home non-essential diplomats and families following mysterious attacks on personnel there, two US officials told CNN.

The 15 Cuban diplomats selected by the US will have a week to leave, a State Department official said.

The reductions are just the latest step in the rapidly unraveling US-Cuban relations that were restored in 2015 by former President Barack Obama. McClatchy first reported the decision.

There was no immediate response from the Cuban government, which has denied any role in the incidents that have sickened at least 22 US diplomats and family members stationed in Cuba.

On Tuesday, a State Department official said they had confirmed an additional American diplomat was affected by an attack back in January but had only been re-examined recently.

For months, starting late last year, US diplomats in Havana complained of incidents, often late at night in their homes or hotel rooms, that left them feeling ill.

Often the sudden wave of nausea, dizziness and headaches were accompanied by strange sounds the diplomats compared to loud insects or metal dragging across the floor.

US officials said they are convinced someone has been targeting the diplomats and they are investigating whether some type of sonic weapon could have been used in the attacks.

As many as 50 attacks are believed to have been carried out against the diplomats, a senior US official has told CNN.

Top Cuban officials, including Cuban President Raul Castro, have denied any Cuban involvement in the incidents and allowed the FBI to travel to the island earlier in the summer to investigate.

The FBI did not find any devices in the diplomats' homes or hotels where they were staying and are still investigating who was behind the attacks and the type of weapon that was used, two senior US officials have said.

In March, the US asked two Cuban diplomats to leave the US as a reciprocal measure after two US diplomats injured in the attacks were unable to return to their posting.

Last week, State Department officials said Cuba had failed to keep US diplomats safe and the US would reduce the embassy staff by 60%, suspending consular services for tens of thousands of Cubans seeking visas to visit or move to the US.

While the US did not directly blame Cuba for the attacks, a State Department official said Cuban officials needed to provide greater assurances that diplomats will no longer be attacked before both countries could resume regular diplomatic operations.

The US as well issued a travel warning for Americans thinking of visiting the communist-run island.

The expected staff reductions at the Cuban embassy in Washington would also likely impact the thousands of Cubans in the US applying for Cuban passports to return to the island to visit family there.

The US diplomats leaving the island spent the weekend holding garage sales where they sold everything from American craft beer to plastic Christmas trees.

Several complained that their families, who had evacuated ahead of Hurricane Irma, were not allowed by the State Department to return to the island to help them pack up. Most of the departing diplomats would leave Cuba by the end of the week, a US official said.