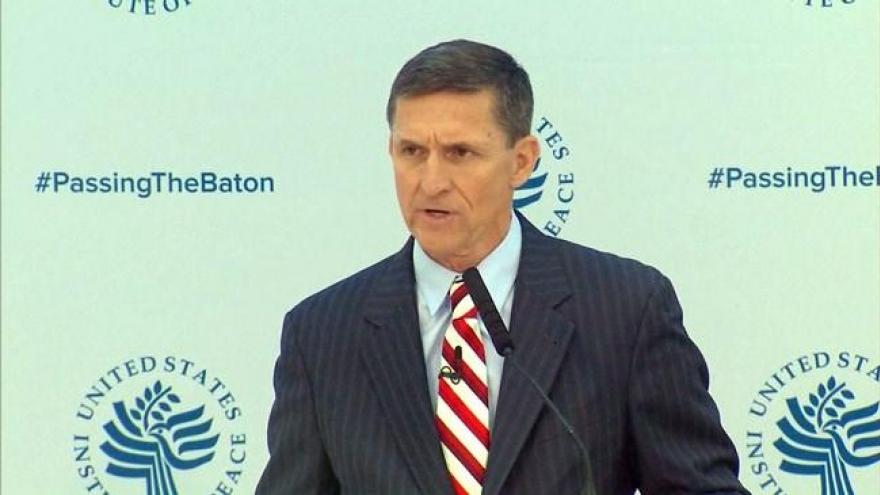 (CNN) -- US investigators are scrutinizing late December calls between Mike Flynn, President Donald Trump's national security adviser, and Russia's ambassador to the US as part of a broader counterintelligence investigation of Russian activities in the US, law enforcement and intelligence officials told CNN.

The calls were captured by routine US eavesdropping targeting the Russian diplomats, according to the intelligence and law enforcement officials. But the officials said some of the content of the conversation raised enough potential concerns that investigators are still looking into the discussions, amid a broader concern about Russian intelligence-gathering activities in the United States.

The officials all stressed that so far there has been no determination of any wrongdoing.

In a statement Sunday night, a spokesman for Trump said the White House has "absolutely no knowledge of any investigation or even a basis for such an investigation."

The Wall Street Journal was first to report that investigators had looked at the calls.

Among the communications being scrutinized are calls between Russia's ambassador, Sergey Kislyak, and Flynn on December 29. The calls came on the same day the US announced further sanctions against Russia and expelled a group of 35 Russian diplomats the US had accused of spying.

A Trump official told CNN on January 16th that Flynn and Kislyak did not discuss the Russian sanctions. On the same day, multiple Trump officials said the call focused on the logistics of connecting Trump and Russian President Vladimir Putin after the inauguration for a phone conversation.

Flynn and Kislyak had talked other times, including in the wake of the shooting of the Russian ambassador to Turkey, in which Flynn expressed his condolences, according to the Trump official CNN spoke to on January 16th. The men also exchanged holiday pleasantries via text on December 28th, the Trump official said.

The FBI, along with the CIA, National Security Agency and Treasury Department, has assembled a task force to focus on increased Russian spying efforts in the US -- an investigative effort that includes meddling in the US election and alleged dealings with several people tied to Trump.

Investigators collected communications during the course of the presidential campaign between people believed to be intermediaries of the Russian government and Trump surrogates and others associated with the president's 2016 election campaign. None of the other people known to be under scrutiny are part of the new Trump administration.

Still, the revelation that the calls of the new White House national security adviser were investigated creates a difficult situation for law enforcement and the intelligence community, which has been at odds with the new Trump administration over its handling of the Russian hackings. This weekend, Trump went to the CIA for his first official stop as a president, an effort to mend what had been incredible tension between the two groups.

The Trump administration has been particularly incensed by the leaking of a story first reported by CNN that intelligence chiefs and the FBI director, at a briefing for then-President-elect Trump, presented a summary of unsubstantiated accusations from a political opposition research memo regarding alleged Russian efforts to compromise Trump.

On Sunday, FBI Director James Comey was at a White House event where Trump honored first responders. Reporters in the room said Trump called out to Comey who walked over and shook hands with the president. The president appeared to whisper something to the FBI director, although what was said could not be heard.