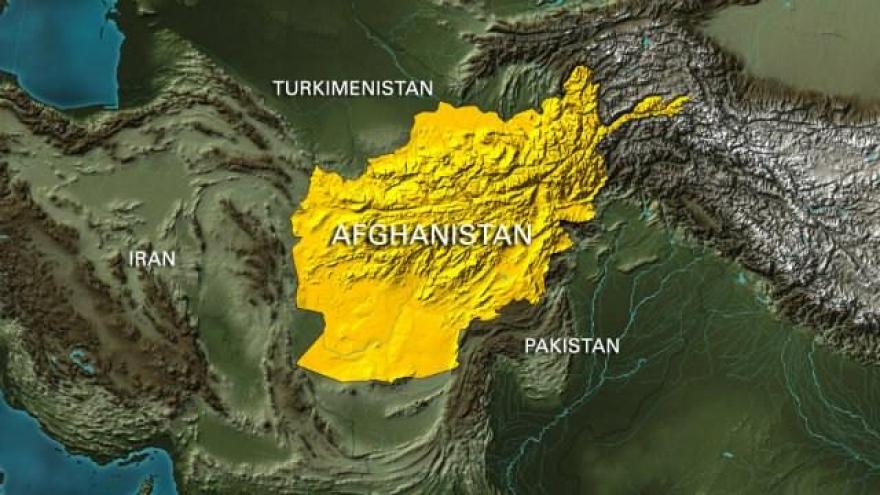 (CNN) -- The US Marines are back in Afghanistan's turbulent Helmand province for the first time since the NATO-led international coalition ended its combat operations three years ago.

At least 300 Marines have been deployed to the southwestern province, the site of many battles during the Afghan war. They will train, advise and assist Afghan soldiers and police.

"The Marines have landed," Task Force Southwest said on its Facebook page. They are replacing US Army advisers.

The rural swath has a strong Taliban presence and is a center of the opium trade in the country. The US military says it wants to help Afghan forces stymie the drug trade because Taliban militants use it to help fund their operations.

The plan was announced in January during the last days of President Barack Obama's second term. Omar Zwak, a Helmand provincial spokesman, confirmed to CNN the presence of Marines in Helmand. The Marines confirmed the deployment last week on social media.

The Marines first deployed to the province in 2001 and fought costly operations against Taliban fighters. British forces were based there as well.

The foreign troop count in Afghanistan is 8,400 from the United States and around 6,000 from NATO and allied countries.

"The people of Helmand have suffered greatly due to the armed conflict in Afghanistan, with 891 civilians killed or injured during 2016. This figure was the highest in the country in 2016 outside of Kabul," the mission said in February.

Helmand also had a large number of civilian casualties in the first quarter of 2017.

"Kabul province had the highest number of civilian casualties due to suicide and complex attacks in Kabul city, followed by Helmand, Kandahar, Nangarhar and Uruzgan provinces," the mission said Thursday.

Afghan forces in Helmand's strategic town of Sangin withdrew last month from its center, effectively ceding territory to the Taliban and delivering a blow to the Afghan government and its coalition partners.

The Marines' deployment comes as the Taliban on Friday announced the start of its spring offensive, dubbed Operation Mansouri, and pledged to carry out "guerrilla warfare" and "focus on foreign forces."

"The main focus of Operation Mansouri will be on foreign forces, their military and intelligence infrastructure and in eliminating their internal mercenary apparatus," the Taliban said in a statement.

"These operations will involve conventional attacks, guerrilla warfare, complex martyrdom attacks, insider attacks, and use of IEDs to achieve their objectives. With the help of Allah Almighty," it said.

Fighting the Taliban and ISIS

A Taliban attack last week on an Afghan military base killed as many as 140 people. US Defense Secretary James Mattis on Monday called the enemy fighters "barbaric."

The Afghan Defense Ministry said its forces killed dozens of militants this week during fighting across several provinces, including Helmand. Many of those killed were identified as ISIS fighters.

Two US Army rangers were killed Tuesday in a raid targeting an ISIS faction in Nangarhar province in the east. They might have been struck by friendly fire in the battle, the Pentagon said.

The target of the mission was an Islamic State of Iraq and Syria Khurasan compound and ISIS emir Abdul Hasib, according to the Pentagon.

In the raid, rangers and Afghan commandos were dropped by helicopter into Nangarhar province, within a mile or so of the site where the US on April 13 dropped the MOAB, or "mother of all bombs."

That bomb wiped out an ISIS tunnel complex and killed 94 ISIS militants.