US military distances itself from Saudi-led war in Yemen 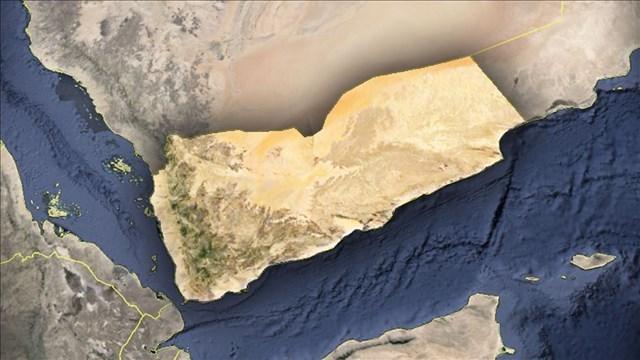 (CNN) -- The US military is distancing itself from the Saudi-led coalition's war in Yemen following airstrikes against civilian targets, including hospitals.

The United States has withdrawn from Saudi Arabia a planning team that was coordinating with the coalition air campaign and moved it to Bahrain. The move is intended to better coordinate with naval commandes in Bahrain, Pentagon spokesman Adam Stump said.

The United States stepped up military assistance to the Saudi-led coalition in April, using tankers to refuel coalition jets bombing targets in Houthi rebels' territory to allow them to complete more missions, sharing intelligence, expediting deliveries of munitions, and establishing the planning cell that is now withdrawn.

The decision wasn't tied directly to the strike this week that hit a hospital, killing 19 people and injuring 24, in the northern Hajjah province, but appears to have been in the works for a few weeks as American officials became more concerned about civilian casualties.

"The cooperation that we've extended to Saudi Arabia since the conflict escalated again is modest and it is not a blank check," Stump said. "At no point did US military personnel provide direct or implicit approval of target selection or prosecution."

The Hajjah strike did prompt the humanitarian group Doctors Without Borders to withdraw from the country this week, an act the group typically takes only as a last resort.

That strike closely followed attacks that struck two schools in the northern Yemen territory dominated by the Iran-backed Houthi tribe, a follower of the Shia branch of Islam, which has been fighting the Sunni-dominated government. A hospital was also struck in January

The humanitarian group, also known as Médecins Sans Frontier, or MSF, announced Friday it was pulling its staff out of six hospitals in northern Yemen. The group accuses the Saudi-led force of carrying out "indiscriminate bombings," and despite Saudi assurances the hospital strikes were mistakes and that the coalition would not violate international law by targeting them, MSF officials say the evidence points otherwise.

"Aerial bombings have, however, continued, despite the fact that MSF has systematically shared the GPS coordinates of hospitals in which we work with the parties involved in the conflict," the group said in a statement.

"This attack shows a failure to control the use of force and to avoid attacks on hospitals full of patients. MSF is neither satisfied nor reassured by the Saudi-led coalition's statement that this attack was a mistake."

The attack followed strikes that hit two schools, killing at least 14 children, last Saturday. Saudis insisted they were hitting "a major training camp for the militia" and that the attack killed a Houthi rebel leader.

The Saudis insisted the Houthi recruited children as fighters, scouts and messengers, although a UNICEF representative in Yemen told CNN the children -- ages 6 to 8 -- were too young to be fighters.

A U.N. report in May blamed the Saudi-led coalition for a sixfold jump in the number of child fatalities in 2015 compared with the year before.

Fighting began in earnest in Yemen in early 2015, when the Houthis drove out Yemen's US-backed government, led by President Abdu Rabbu Mansour Hadi, from the capital, Sanaa. The crisis quickly escalated into a multisided war, which allowed al Qaeda and ISIS -- other enemies of the Houthis -- to grow stronger in the country, strategically located at the opening to the Red Sea.

A ceasefire went into effect in April of this year, but the lull in fighting was short-lived and the peace talks that started that month reached a complete dead end by August.

At least 78 civilians were killed in March when Saudi airstrikes struck one of the largest markets in northern Yemen during the busiest time of day. A MSF hospital was hit in January, killing at least five people.

Saudi state-run media reported the coalition has set up an independent team to investigate reports of civilian casualties.

U.S. military officials have advised the Saudi-led coalition on measures to prevent civilian casualties, Stump said. While the United States remains committed to working with the Saudis to deter the threat to its southern border with Yemen, it has reiterated at the "most senior levels" that the kingdom needs to conclude a political settlement to end the hostilities, Stump said.

"Even as we assist the Saudis regarding their territorial integrity, it does not mean that we will refrain from expressing our concern about the war in Yemen and how it has been waged," Stump said. "In our discussions with the Saudi-led coalition, we have pressed the need to minimize civilian casualties."