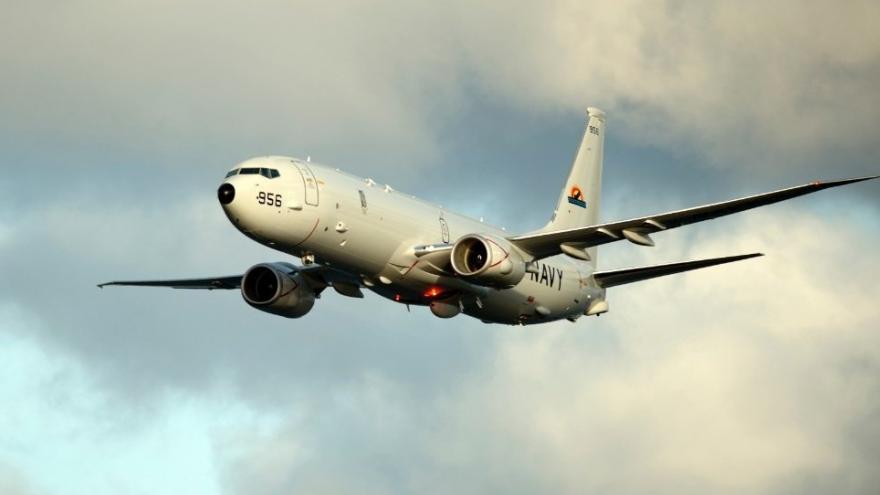 (CNN) -- With floodwaters from Tropical Storm Harvey swallowing entire Texas cities, the US military is mobilizing its resources from states across the country to help local law enforcement and civilian volunteers in the rescue effort.

Texas Gov. Greg Abbott has activated the entire Texas National Guard, which is made up of roughly 12,000 troops.

State, local and military rescue units have plucked thousands of stranded residents from the water and deluged homes.

On Sunday, the Defense Department and Abbott agreed to establish a "dual-status command" that would allow a single commander for both federal and state forces overseeing and coordinating the response efforts.

"It is imperative that we give our military and first responders on the ground the most efficient method of execution when responding to the urgent needs of Texans," Abbott said in a statement.

On Monday, Military surgical teams, communications teams, maintenance and other military support elements totaling more than 400 personnel were given orders to be prepared to deploy within 24 hours.

These are the military forces being sent and on standby to assist with rescue efforts:

Two US Navy warships, the USS Kearsarge and the USS Oak Hill, are being deployed to Texas, the Navy announced Wednesday.

The Kearsarge, an amphibious assault ship, was in the Atlantic Ocean for training, but returned to Norfolk on Tuesday to load up with disaster relief supplies like water and food, and a unit of Marines, before departing for Texas on Thursday.

The Oak Hill, a smaller dock landing ship, will bring supplies and join the Kearsarge in supporting "federal, state and local authorities ongoing relief efforts in the aftermath of Hurricane Harvey," according to the Navy.

On Tuesday, US Northern Command deployed nine search-and-rescue helicopters, two fixed-wing aircraft and pararescue teams to Joint Reserve Base, Fort Worth. These teams have been actively assisting in rescue operations.

More than three dozen additional aircraft have been identified for use in rescue operations if the state asks for additional help.

A US Navy P-8 surveillance airplane flew its first mission on Tuesday night to provide imagery to FEMA of the impact area, according to a defense official.

When used in combat zones the aircraft provides high resolution imagery, reconnaissance and surveillance data. But in civilian emergencies such as the Texas flood, the focus is on assessing widespread areas for rescue and recovery.

With the entire Texas National Guard now activated, 16 aircraft have been deployed and personnel are conducting day and night wide-area search-and-rescue missions along the Texas coast, from Corpus Christi to Houston.

The Texas National Guard is also using about 200 Humvees and 200 high-water vehicles.

The US Coast Guard has 39 helicopters and seven airplanes stationed at two operating bases in New Orleans and Houston available for rescue response efforts in Texas and Louisiana, according to a tweet from the service on Tuesday.

The H-65 Dolphin and HH-60 Jayhawk are the two helicopters primarily used by the Coast Guard while the C-130 aircraft serves as the service's main fixed-wing cargo plane.

Reserve Marines from various units in Texas are supporting FEMA, state and local response efforts, according to a statement from the service on Wednesday.

A number of Marine Corps boats, aircraft and tactical vehicles are awaiting orders from US Northern Command, it added.

More than 100 2.5-ton US Army trucks capable of moving in high water were sent to flooded areas of Houston from Fort Hood on Tuesday, according to a US defense official. The trucks will be used in flooded areas to help rescue and move people through high water.

The Pentagon's Defense Logistics Agency is also providing 450,000 gallons of diesel and 50,000 gallons of gas that is expected to arrive at Fort Hood on Wednesday, according to a statement from US Northern Command on Tuesday.