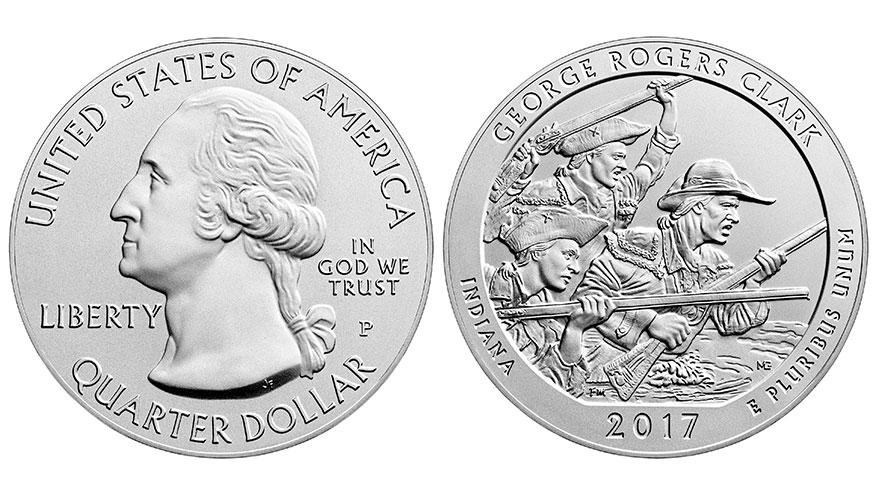 It is the 40th quarter in the America the Beautiful Quarters Program and the final quarter of 2017.

“This new coin is a reminder of the unity of effort and spirit that our predecessors embodied and demonstrated,” said Acting Deputy Director David Motl, who represented the Mint. “The foresight, comradery, and determination of George Rogers Clark and his men are important examples to all of us as to how individuals from different backgrounds are able to come together, work toward achieving the same objective, and create a lasting impression.”