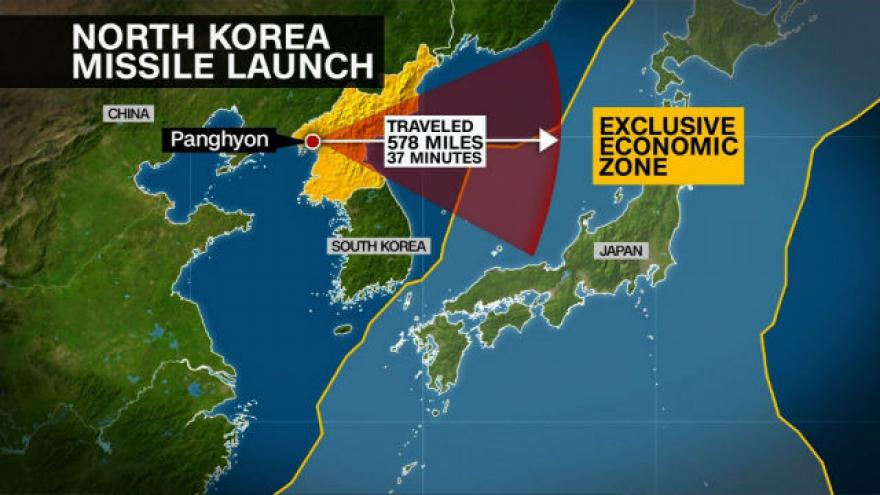 By Barbara Starr and Jeremy Herb

(CNN) -- The two-stage missile launched Tuesday by North Korea will be classified by US intelligence as a brand-new missile that has not been seen before, US officials told CNN.

The first stage of the missile is believed to be a KN-17 liquid fueled missile, which is well-known to US intelligence and has been previously launched by North Korea.

Ahead of Tuesday's missile test, US satellites had seen evidence the KN-17 missile was being prepared for launch.

But at some point prior to launch, the North Koreans attached a second stage atop that missile.

The focus now is on the capability of that second stage, and how it technically contributed to making Pyongyang's latest test its first ever intercontinental ballistic missile (ICBM) launch.

CNN has reported that the second stage had a separate 30-second burn cycle, which allowed the missile to travel the extra distance to classify it as an ICBM.

The imagery showing a KN-17 is in part what led the US to initially believe it was a shorter-range missile.

North Korea announced Tuesday it had successfully tested an ICBM for the first time, which Pyongyang claimed could "reach anywhere in the world."

North Korean state media said the missile reached an altitude of more than 2,800 kilometers (1,741 miles), before it splashed down in the sea off the Korean Peninsula 930 kilometers (578 miles) from the launch site.

The US and South Korea announced they had conducted a joint exercise in response to the launch, a demonstration that South Korea said was "intended as a strong warning against North Korean provocation."