US quits UN global compact on migration, says it'll set its own policy 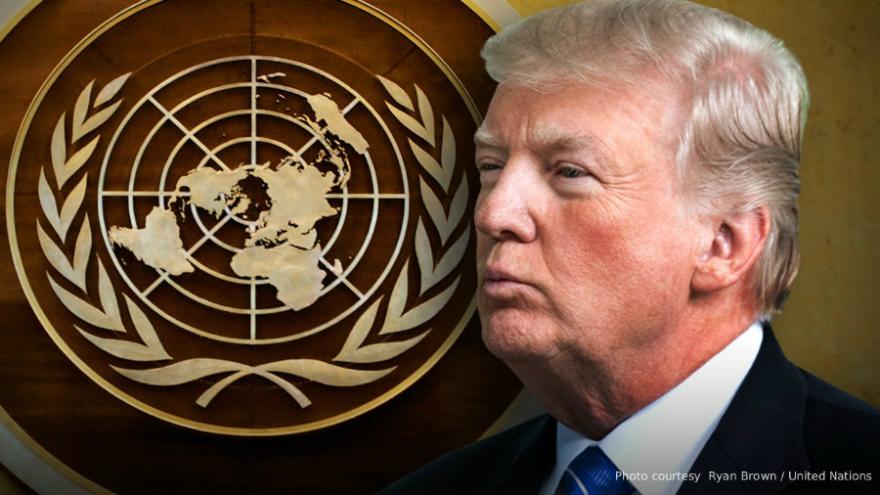 (CNN) -- The United States notified the United Nations that it will no longer take part in the global compact on migration, saying it undermines the nation's sovereignty.

The US has been a part of the New York Declaration for Refugees and Migrants since it was formed last year. The declaration aims to ensure the rights of migrants, help them resettle and provide them with access to education and jobs.

It calls for the negotiation of a global compact on migration, which is expected to be adopted next year.

In explaining its withdrawal Saturday, the US said the pact contains provisions that are inconsistent with the nation's immigration policies.

While the US is proud of its leadership on migration and refugee issues, the global approach is not compatible with the nation's sovereignty, according to Nikki Haley, the US ambassador to the UN.

Haley said Trump made the decision, and emphasized that Americans should determine their own policies on immigration.

"Our decisions on immigration policies must always be made by Americans and Americans alone," she said. "We will decide how best to control our borders and who will be allowed to enter our country."

The UN General Assembly president expressed regret at the US decision, saying no one nation can manage international migration alone.

"The role of the United States in this process is critical as it has historically and generously welcomed people from all across the globe and remains home to the largest number of international migrants in the world," UN General Assembly president Miroslav Lajčák said in a statement.

"As such, it has the experience and expertise to help ensure that this process leads to a successful outcome."

The US participation in the process started last year "following the Obama Administration's decision to join the UN's New York Declaration on Migration," according to the United States Mission to the UN.

The withdrawal comes days before a global conference on migration that starts Monday in Puerto Vallarta, Mexico.