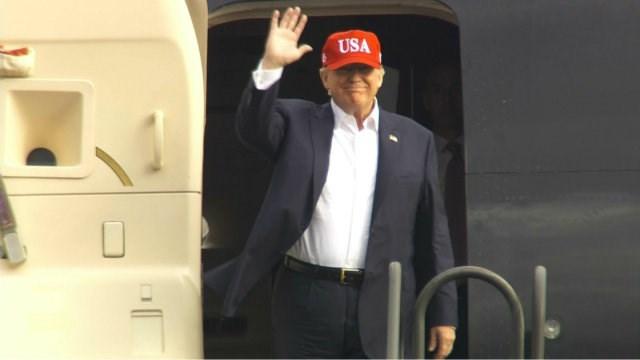 WASHINGTON (CNN) -- China has agreed to return the US underwater drone that it seized in international waters earlier this week, the Pentagon said Saturday.

"We have registered our objection to China's unlawful seizure of a US unmanned underwater vehicle operating in international waters in the South China Sea. Through direct engagement with Chinese authorities, we have secured an understanding that the Chinese will return the UUV to the United States," Pentagon spokesman Peter Cook said in a statement.

Details were not immediately available on when or how the drone may be returned.

Earlier, China's defense ministry said authorities had decided to return it, but criticized the US for having "hyped up" the issue. President-elect Donald Trump weighed in on the incident, calling China's action "unprecedented."

Later in the day, he tweeted, "We should tell China that we don't want the drone they stole back.- let them keep it!"

"Upon confirming that the device was a US underwater drone, the Chinese side decided to transfer it to the US side in an appropriate manner," Chinese Defense Ministry spokesman Sr. Col. Yang Yujun said. "China and the United States have been communicating about this process. It is inappropriate -- and unhelpful for a resolution -- that the US has unilaterally hyped up the issue. We express our regret over that."

The statement added that the US "has been frequently deploying ships and aircraft to conduct close-in surveillance and military surveys in waters facing China. China firmly opposes such acts and demands the US cease such activities. China will stay alert over relevant US activities and will take necessary measures to counter them."

A message left with the State Department was not returned.

Trump initially tweeted that it was an "unpresidented" act, leading him to delete the message and retweet it with the correct spelling.

The incident, the latest encounter in international waters in the South China Sea region, occurred earlier this week about 100 miles off the Philippine port at Subic Bay.

The USNS Bowditch had stopped in the water to pick up two underwater drones. At that point, a Chinese naval ship that had been shadowing the Bowditch put a small boat into the water. That small boat came up alongside and the Chinese crew took one of the drones.

The US got no answer from the Chinese on the radio when it said the drone was American property, a US defense official told CNN.

As they turned away, the Chinese did come up on the radio and indicated they were returning to their own operations.

US oceanographic research vessels are often followed in the water under the assumption they are spying. In this case, however, the drone was simply measuring ocean conditions, the official said.

Cook earlier in the week said said China had "unlawfully seized" the drone, calling for its immediate return.

Although it's unclear what the motivation was for the Chinese, the seizing of the drone comes on the heels of other provocative incidents that have happened since Trump received a congratulatory call from Taiwan's President, a violation of the US's agreement with China's "One China policy." China publicly voiced its disapproval of that incident and contacted the White House at the time.