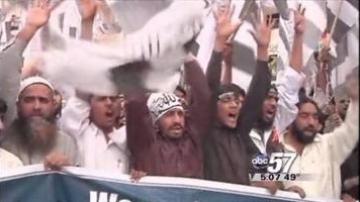 Kandahar -- A U.S. soldier is in military custody after a deadly shooting rampage in Afghanistan.

Military officials say he turned himself in after he opened fire on Afghan civilians. Sixteen people were killed, including nine children, three women and four men. Five other people were hurt.

Officials say all of them were sleeping and caught off guard. Right now, a full investigation is underway.