US soldier has first hearing for shooting 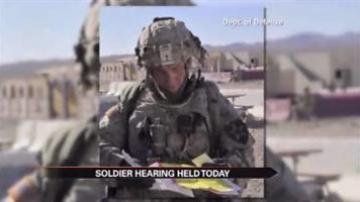 A US soldier who allegedly went on a killing spree in Afghanistan had his first hearing Monday.

Staff Sergeant Robert Bales turned himself in on base after allegedly shooting 16 Afghan villagers in Kandahar province last March.

It was Bales' fourth tour of duty in the Middle East.

The father of two could face the death penalty if convicted.