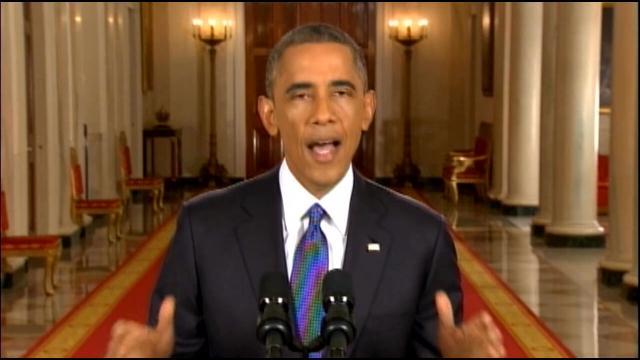 On June 23, the United States Supreme Court attempted to render a decision on a landmark immigration case.

However, amid chants from protesters outside the courthouse, the current eight-member Supreme Court deadlocked in a 4-4 split ruling.

“This is a win for the constitution. Congress, not the president, writes our laws and today the Supreme Court validated that principle,” remarked Speaker of the House Paul Ryan.

Later, while addressing the American people, the president remarked a deadlock could have been avoided if the senate had considered his Supreme Court nominee, Merrick Garland. He went on to say that now the country had a decision to make.

“We're going to have to decide whether we're a people who accept the cruelty of ripping children from their parents' arms, or whether we actually value families and keep them together for the sake of all of our communities,” said President Obama.

In Indiana, tens of thousands of families are affected by this decision – or lack thereof.

Local immigration attorney Cecilia Lopez represents some of those families and says right now Hoosier families are in a holding pattern. Most are just anxiously waiting for the outcome of the Texas case to see if it will change anything for them in the future. She feels what they’re asking for is not unreasonable.

For the moment, DAPA, which would have given parents of citizen children some basic protections, including a social security number so they could get a license to drive and work in the U.S. legally, on a temporary basis, has been blocked from going into effect.

Lopez tells us all she can do is meet with her clients and talk to them about their next steps.

However, she did leave us with a challenge for opponents of the program. “Come and spend one day at my office and meet my clients, and know who they are, and that these are good people that have families here and are good for our community,” says Lopez. She believes if people did this they would change their minds.