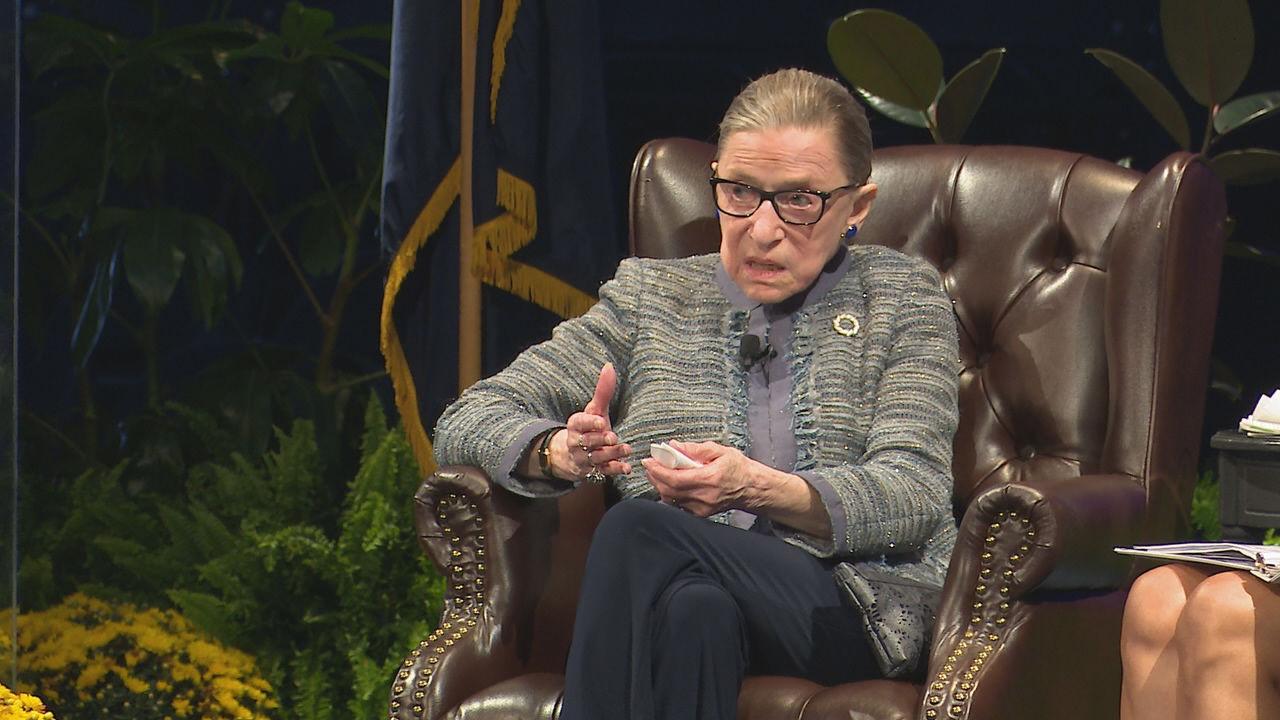 A Supreme Court justice was in the hot seat Monday night right here in Michiana.

Notre Dame welcomed Justice Ruth Bader Ginsburg to the campus for a conversation on her life, legacy and hopes for the country.

Monday’s conversation at Notre Dame was a rock star’s welcome to a campus full of adoring fans.

“She’s one of my heroines so it was a big moment,” said attendee Kristin Huynh.

Ginsburg extensive accomplish in law drew a sea of aspiring professionals, while her charisma inspired other attendees.

“Somebody who is as consequential and as charismatic, just a really special day for Notre Dame and South Bend,” said Mayor Pete Buttigieg.

Ginsburg also weighed in, of course this time outside the court, on partisan politics.

She addressed the fight to get another justice on the bench.

“They are not representing the united states very well, if they are constantly in conflict instead of trying to work together,” she told the audience.

“The fact that she’s still fighting for people to listen to each other and that whole concept of I can disagree without hating you, I can still be your friend and not agree with you,” said attendee Sabrina Lute.

Before it was over, the 83-year-old justice also comically reflected on her appeal to young folks.

“Where Notorious R.B.G. came from,” said Ginsburg. “It was a now-deceased rapper, Notorious B.I.G.”