US20 in Michigan City reopens after multiple vehicle accident 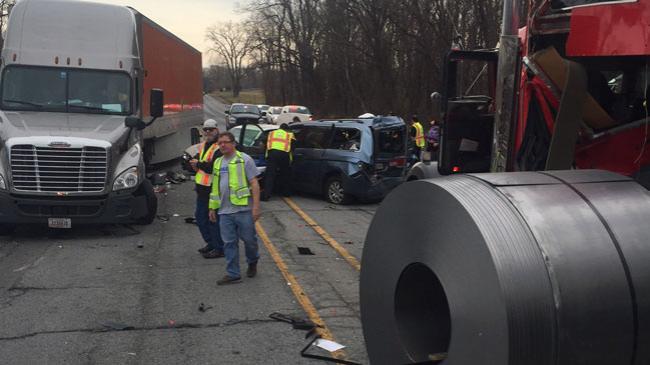 A multiple vehicle accident caused the shutdown of US20 in both directions in Michigan City Tuesday, according to the La Porte County Sheriff's Office.

A La Porte County Sheriff's deputy was investigating a crash on US20 just west of CR400 W when a second crash involving five vehicles happened at the same location.

Several people were injured in the accident.

MedFlight was called to the scene and transported a 6-year-old girl to South Bend Memorial Hospital.

The child's mother was taken to Memorial via ambulance.

The other people injured in the crash were taken to La Porte Hospital and Saint Anthony's Hospital in Michigan City.

In addition to the crash, a 32,000 pound coil of steel broke loose and fell off the eastbound semi trailer.

The road was closed between US35 and SR39 between 9 a.m. and 11:30 a.m. while the crash was investigated and cleaned up.