Using gas stove for heat can be dangerous 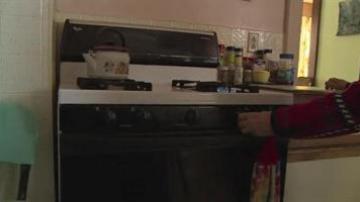 BENTON HARBOR, Mich. -- In Benton Harbor, thousands of residents are still without power on another cold night. Some residents have started using gas stoves to keep warm, but experts say appliances should never be used as a heat source.

Using a gas stove as a heat source could lead to carbon monoxide poisoning or start a house fire.

"Just kept it on just enough to keep my hands warm," said Francis.

"It's a lot like running a generator or any other kind of gas appliance in your house, it's going to create carbon monoxide in the house and it could lead to you not being able to breathe," said Adams.

Francis' neighbor, Margaret Williams says she was lucky to have a generator through this power outage.

"I got my radio, my lamp, my son bought me a little tiny TV too. I can only get one channel," said Williams.

Williams did exactly what experts say you should do-before powering up your generator, call the utility company and let them know, especially if technicians are working on poles in your area.

"I called and when the people did come, I asked them did they want me to turn it off," said Williams.

Officials also advise to stay away from using candles for heat or light.

Francis says her battery operated candles helped get her through the dark, cold nights.

Both Francis and Margaret say that by day four without power, they ran out of things to do.

"Well, I'm Catholic, and I did say my rosary, I try to say it every day. I'm going to say another one, thank you for the heat," said Francis.

"I washed up and got dressed and said I've got to get out of here, so I went to play bingo," said Margaret.

Margaret and Francis both have power again.

Crews are still working in Benton Harbor to get everyone's power restored.