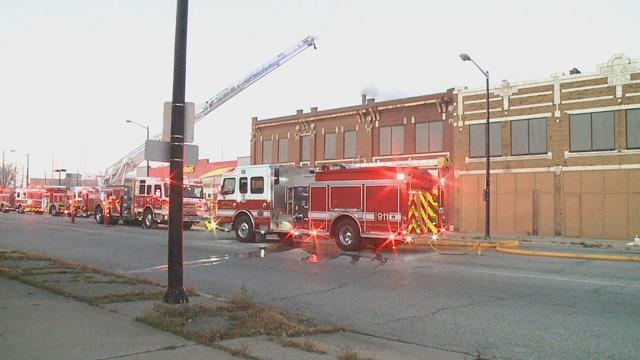 South Bend Fire is investigating the cause of a vacant building fire that happened Monday morning.

The Fat Daddy’s Block Michigan Street caught fire around 7 am.

It proved a tough one for firefighters.

Only nine days into November, this is already the second vacant building fire this month..

As they investigate the cause of Monday morning’s fire, odds are they’ll be called to another empty structure fire this month.

“Usually in the beginning of winters is when we have a little bit of an increase,” said Fire Marshall Chico Rodriguez.

They say late fall is when people without homes start moving into vacant and abandoned properties to keep warm.

“They figure they can still sleep in these vacant places and a couple of blankets and they’ll survive the night,” Rodriguez said.

Although South Bend Fire can’t yet say that was the cause of the fire at Fat Daddy’s, they know those fires are a problem throughout the city.

They’re dangerous because fire crews can’t do much to inspect boarded up buildings.

“The only inspections we do to buildings when they’re vacant is basically outside structure visual inspections,” Rodriguez said.

But there is a bright side.

They say although this season is typically rough, the year itself has been better.

“I’ll tell you what, the program that the mayor’s done here recently has taken down a lot of houses so that has helped tremendously,” Rodriguez said.

“If that’s one of the results, that’s good to know, but certainly we want to make sure we address housing issues,” said Scott Ford, director of community investment.

But for the vacant properties still standing, and still at risk for fires, authorities say, keep your eyes open for break ins that could lead to flames.

“If you know that a structure is vacant and you see people in and out notify somebody. Notify police,” Rodriguez said.