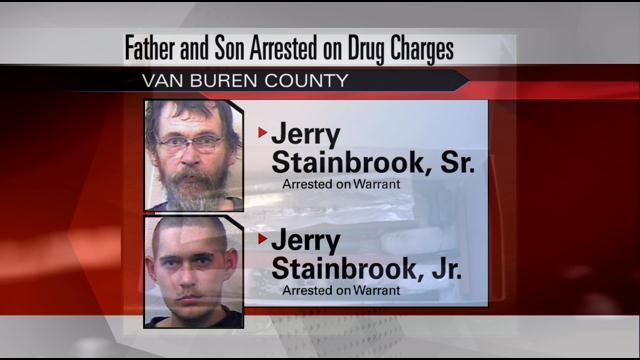 A Van Buren County father and son were arrested Thursday after detectives searched their home.

After detectives were able to obtain a search warrant for that residence, the search was conducted Thursday morning.

Prior to executing the search warrant, Jerry Stainbrook Sr and Jerry Stainbrook II already had warrants out for their arrests for delivery of heroin. Both men were arrested for those warrants.

According to police, no arrests have been made at this time in connection to the narcotics search warrant and the investigation is ongoing.