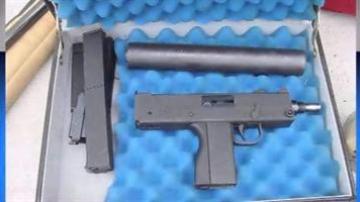 Officers told ABC57 they found several weapons including a sub-machine gun and rifles.

He is currently locked up for driving on a suspended license and also has several outstanding warrants.

Police say Piehl was transporting the guns from Chicago to Detroit.