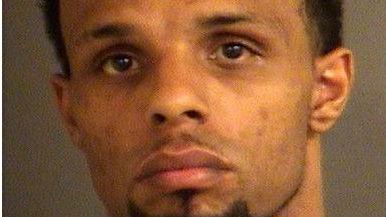 A police vehicle pursuit ended in a crash in South Bend Friday afternoon.

32-year-old Michael Fisher was booked into the St. Joseph County Jail after the incident. Police say he was born in St. Joseph, Michigan but currently resides in South Bend.

According to police, a vehicle was reported stolen just before noon in southern Berrien County near Benton Harbor. A Michigan State Police trooper happened to spot the vehicle and that's when the vehicle pursuit began around 12:47 p.m.

The chase ended in South Bend sometime around 1:30 p.m.

Police say the pursuit ended after the vehicle being pursued struck a pole causing some wires to go down.

The crash happened on Walnut Street between Sample and Western.

AEP was on scene of the crash but no outages were reported at that time.