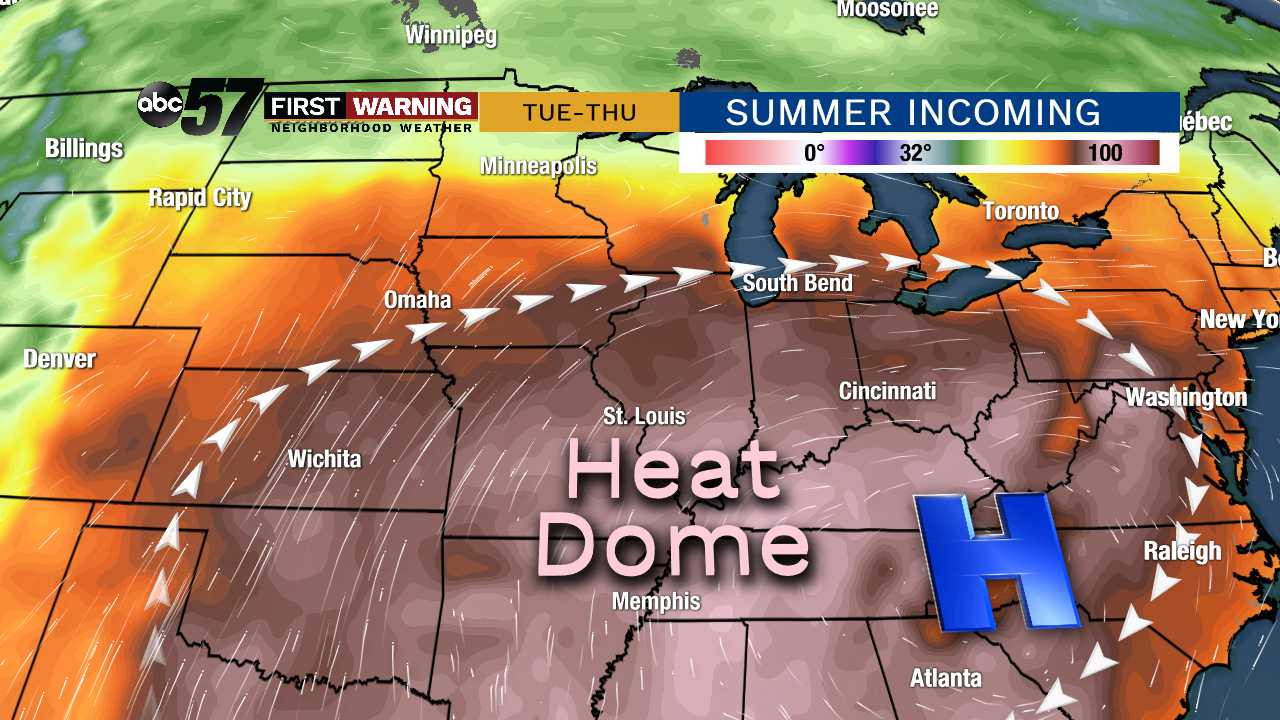 A rather atypical pattern by September standards will build in as we head into next week. An area of high pressure will anchor itself in the Southeast, allowing a heat dome to develop across the Plains, Southeast, Ohio Valley, and southern Great Lakes. 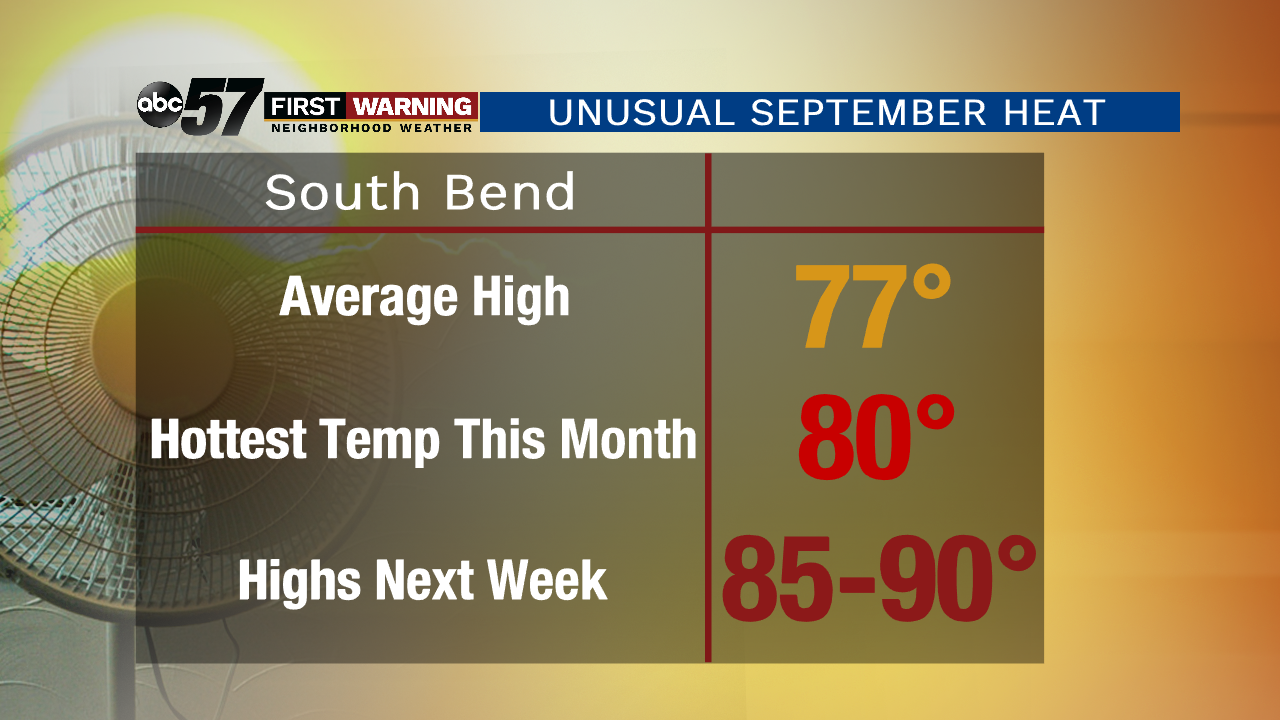 These patterns are usually found in July and August, not mid-September. For Michiana, actual air temperatures will soar to 85-90° Tuesday, Wednesday and Thursday if we can manage to dodge any showers or storms. It's not just the temperatures that will ramp up, though. 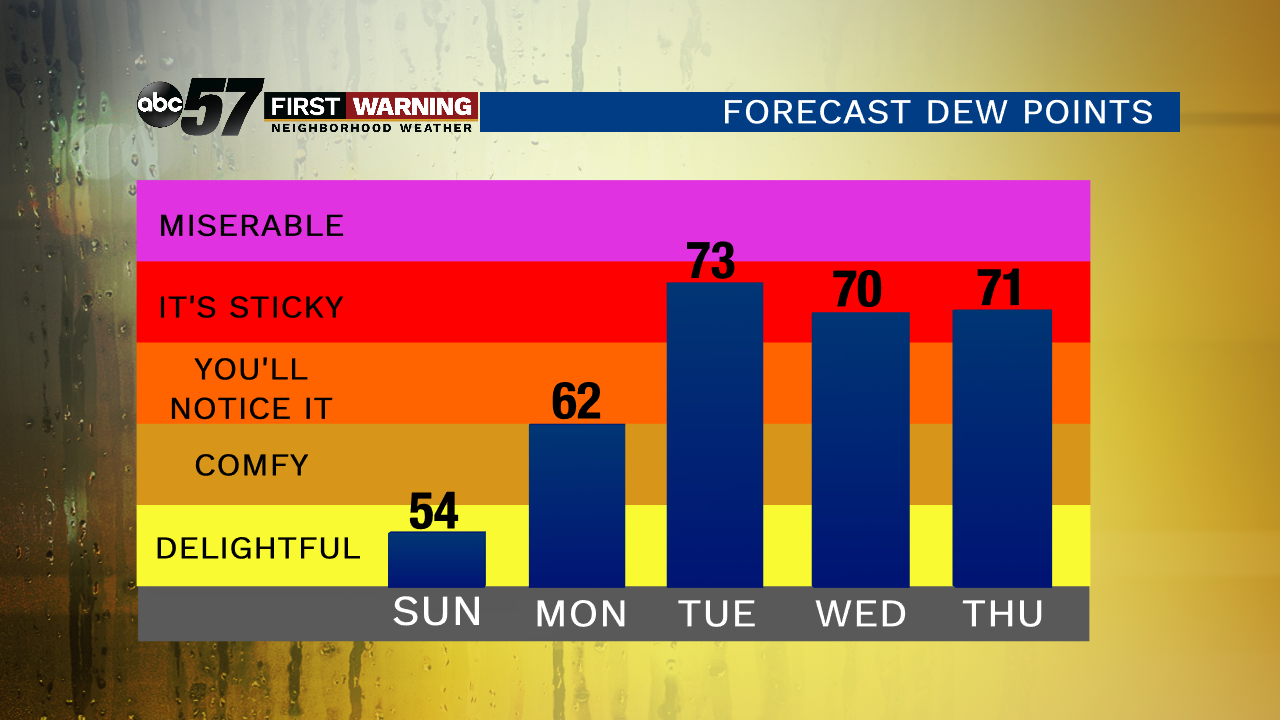 The humidity (dew points) will also rise substantially to muggy and down-right sticky levels during that 3-day stretch. It's not often we talk about dew points in the 70s after Labor Day; especially three straight days of them.

When you factor the high humidity values into the equation, you get "feels like" temperatures that are even hotter than the actual air temperatures. 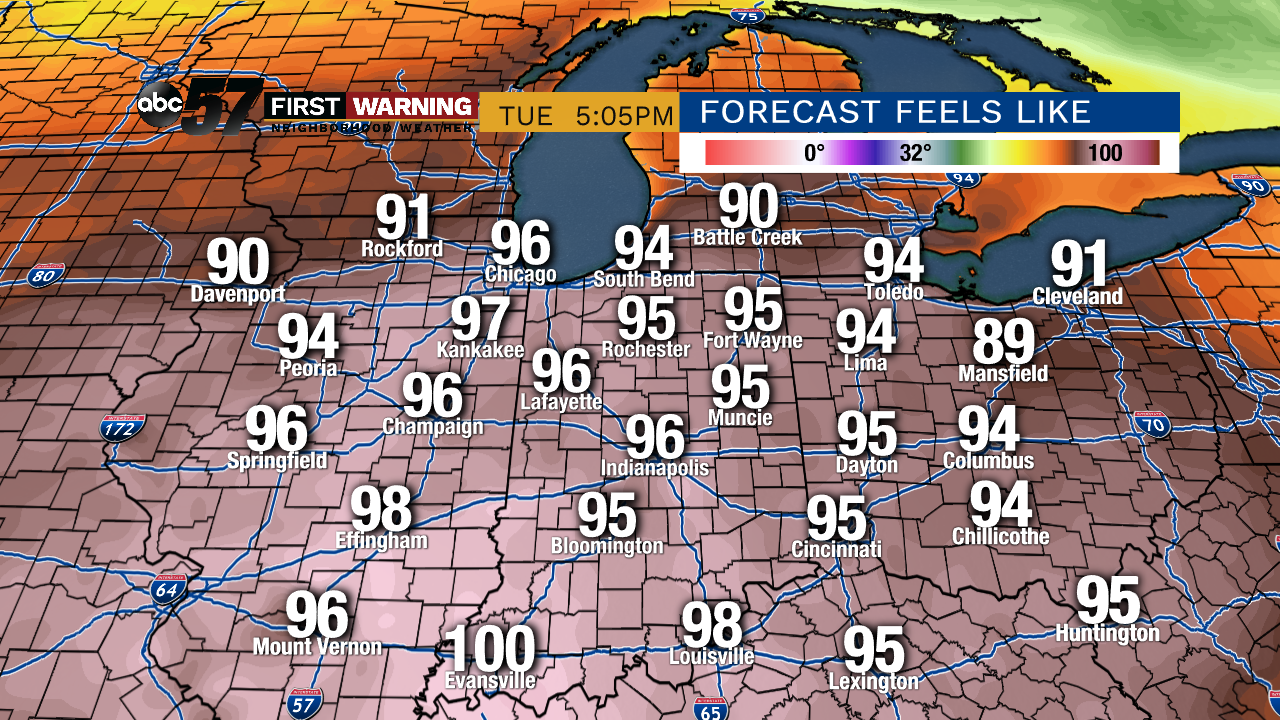 Projected feels like temperatures Tuesday. Wednesday and Thursday will be nearly identical.
We're likely going to see "feels like" temps in the lower and middle 90s each afternoon between Tuesday and Thursday. The absolute hottest heat indices locally will likely range from 94° to 96°. Parts of southern Illinois and Indiana will make a run at the century mark!

To put that into perspective, South Bend has only had a heat index at or above 95° in September 11 times since 2010. That averages out to about one September day per year with a heat index of 95° or higher. 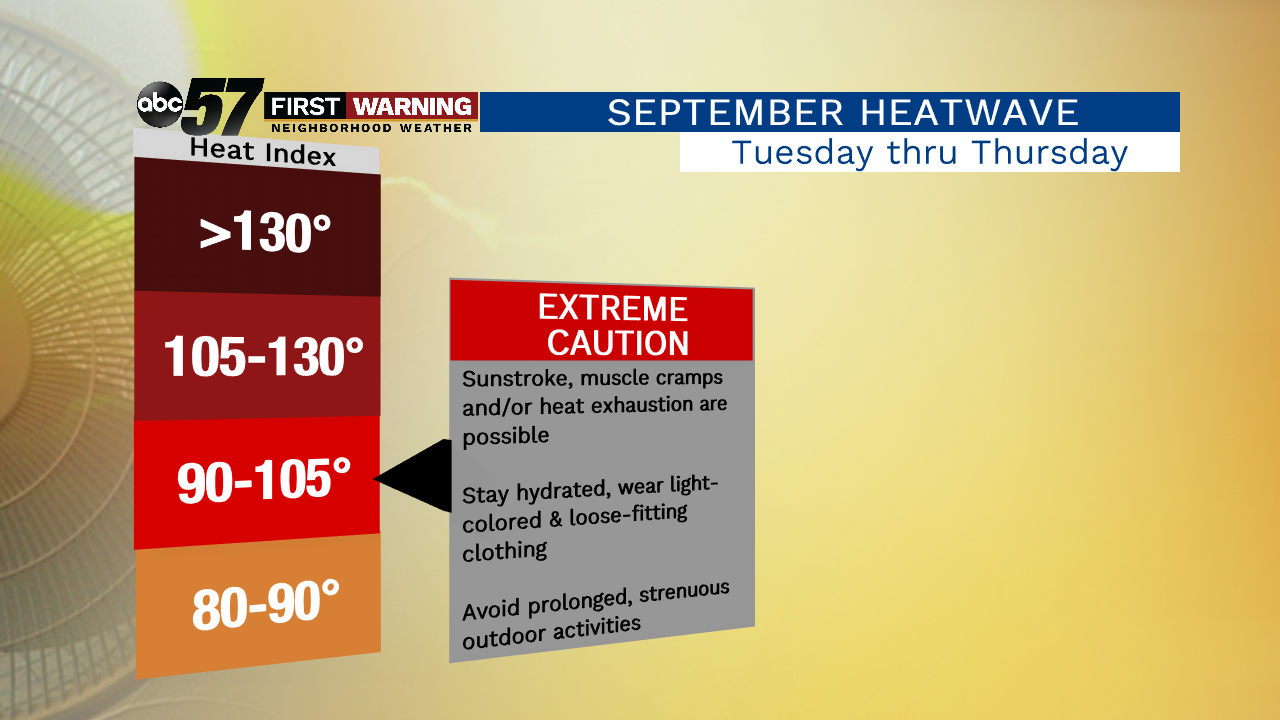 While this won't be the worst heat we've seen this summer, it will be the worst we've dealt with since early August.

It'll also be hot enough to cause sunstroke, muscle cramps and heat exhaustion if you don't take appropriate action. When heat indexes rise to 90-105°, it is encouraged to use "extreme caution" when outside.

Wearing light-colored, loose-fitting clothing, staying hydrated, taking frequent breaks in air conditioning, and limiting extended time in the sun are all precautions you can take to stay safe. 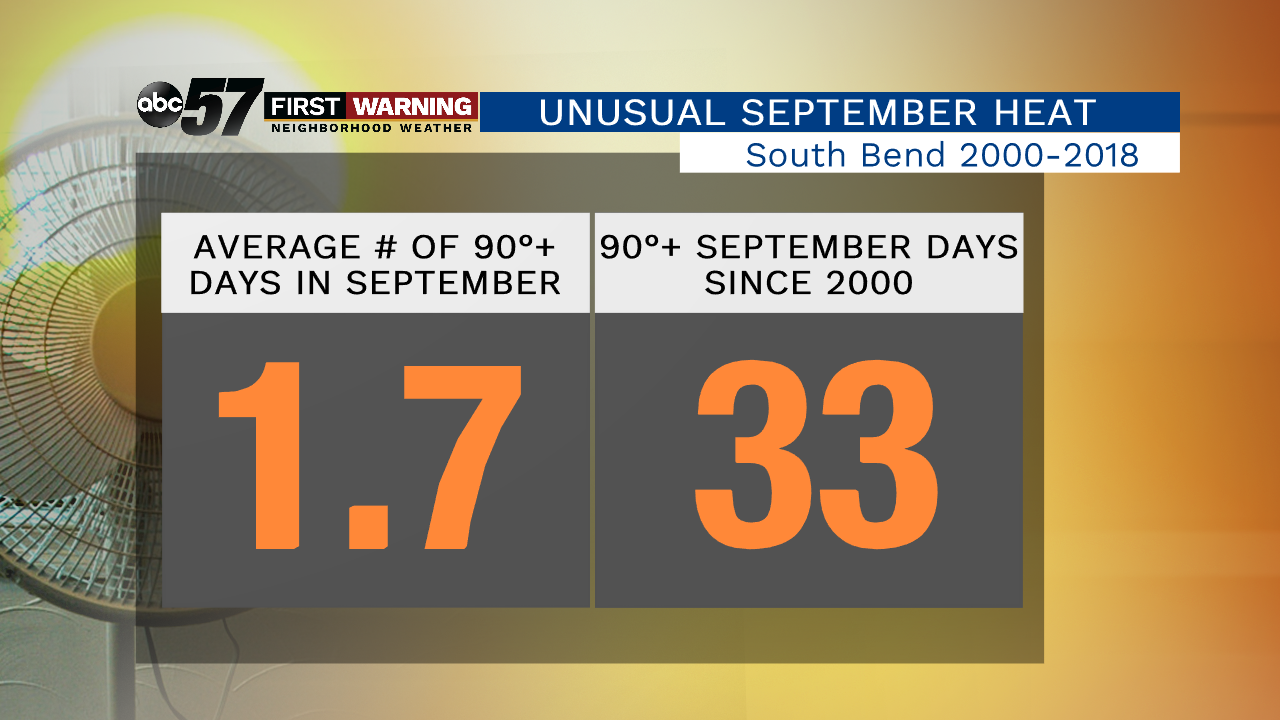 Fortunately, it does cool down to at least "average" levels by next Saturday. However, all signs point toward temperatures remaining above normal for the foreseeable future. Hopefully you weren't done with summer quite yet!
Share this article: