Veterans disagree with release of Taliban prisoners for POW 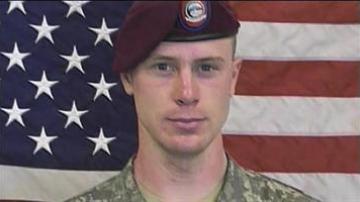 "It has always been our practice not to deal with terrorists, why we did it this time, I don't know," said Vietnam veteran Bill Cawley.

The five Taliban members were freed from Guantanamo Bay.

"We gave up way too much to get him back, 5 potential serious threats to American soil," said Iraq veteran Cedrick Davis.

In return, Bergdahl was freed.

"We don't want to put back the terrorists that we already paid a price for," said Vietnam veteran George Morehouse.

Davis served says with this exchange, the US freed monsters.

"We're the leaders of the free world and now we are telling everybody you can take what you want from us and we'll give you what you ask for," said Davis.

He says he witnessed them put automatic weapons in the hands of children and use babies as human shields.

"When a child no older than 13 years old comes running at you with a gun, its him or you. And you can't freeze up, you can't hesitate," said Davis.

"It was too high a price. These are very dangerous people," said Cawley.

Morehouse says he tried putting himself in Bergdahl's shoes.

"I'd rather sacrifice myself than somewhere down the line my family make the sacrifices. We have another terrorist attack and then they pay the price," said Morehouse.

Local veterans say they don't understand or agree with the president's decision to swap five for one.

They just hope it doesn't back fire.

"We don't know what them 5 people could do now," said Davis.