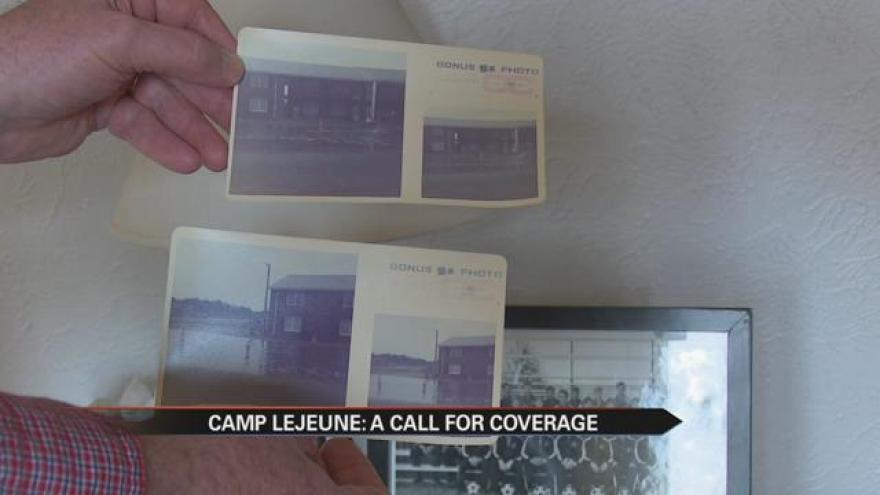 Nearly one million veterans and their families have been affected by water contamination found at Camp Lejeune, a Marine Corps. base in North Carolina.

On Thursday, the federal government agreed to provide disability benefits, worth more than 2 billion dollars, to some veterans and their spouses who have been diagnosed with one of eight diseases.

One vet who should be able to receive some of those benefits lives right here in Mishawaka.

“I lived off base with my wife and two of my kids back then, and we noticed no difference between the water off base compared to the water on base,” said Navy veteran, Gregory Dolezal.

But according to the Department of Veterans Affairs, that water at Camp Lejeune was likely contaminated with harmful chemicals from the 50s through the 80s.

“There had to be clues,” said Dolezal.

To this day, vets and their families are paying the price, including Gregory Dolezal, who was stationed there from 1975 to ’76.

“Just the few steps here that I have to climb to go to bed at night can wear me out and cause me to have pretty significant shortness of breath,” he said.

Dolezal was diagnosed with myelodysplastic syndrome, a bone marrow disorder, just last year. It’s one of the eight diseases that the federal government just listed Thursday as likely caused by contamination at Camp Lejeune.

“Those have been kind of prioritized by the marines and by the VA. Now what prioritized means, I don’t know. We’ll see. But, I feel very lucky,” said Dolezal.

He feels lucky that he can apply to be a beneficiary of the $2 billion in disability benefits that the government will now funnel through the VA.

But that’s not the case for many, including his own wife.

So he’s happy that the government has taken one step forward, but he’s frustrated that it continues to be too little, too late.

“The guys that we work with and every member of their family that supported them deserve better than that. Even if it’s just the words, we are at fault. We’re sorry. If that’s the best they can do, that’s better than no you don’t count,” said Dolezal.

Now, he’s leaving it up to his fellow veterans to band together and continue the fight.

“We’re in this together. Let’s not give up. Let’s not turn our backs…we were all part of one corps,” he said.

Other veterans in neighboring areas—Chicago and Chesteron, Indiana—echoed Dolezal’s frustration.

“At this particular time, we’re not being cared for. You know, we’re just starting into the new year. It took us almost two years to get this to the point where we are today. The VA and the federal government, you know, are very, very slow,” said Scott Bitner, a veteran who is currently battling bladder cancer.