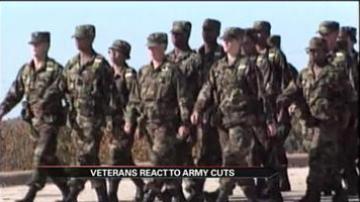 The reality of major budget cuts at the Pentagon are sinking in for hundreds of thousands of our troops and their families.

Secretary of Defense Chuck Hagel suggested even bigger cuts to the total number of active-duty soldiers. He wants to reduce the overall force to its smallest size since before World War II.

But some veterans are saying after more than a decade of war, the cuts are unfair.

The President will submit his 2015 budget to Congress sometime next week.