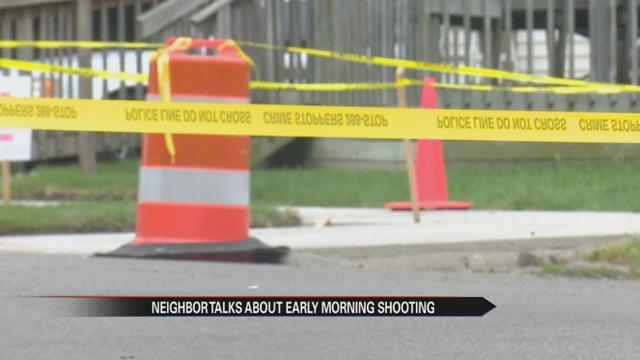 New details are emerging about a shooting that happened in South Bend on Friday morning.

According to police logs, the victim was Matthew Chambers, of Bunker Hill, Indiana.

First responders said he was in stable condition in the morning, after being shot on the sidewalk several times.

The suspect is a 27-year-old Hispanic male, who may live on the block where it occurred, 800 Wellington Street.

The shooting happened just before 5:30 in the morning.

Joann Phillips lives right next to the homes that were investigated.

“I was just surprised this morning when I’d seen all of the police cars there. I just thought maybe it was someone who got sick,” Phillips said.

Phillips says her neighbors are well-behaved as far as she knows, so she’s shocked a shooting happened in front of their homes.