Victim injured in fire on Western Avenue dies from injuries 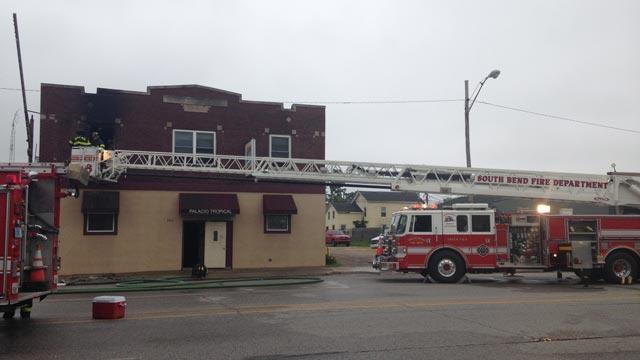 The person who was injured in a fire at an apartment above a business in South Bend died from his injuries, according to the South Bend Fire Department.

The fire happened just after 9 a.m. Tuesday at building in the 2000 block of West Western Avenue.

There was heavy smoke on the second floor when crews arrived.

There are several apartments on the second floor and three to four people in the building needed help getting out.

"They were able to remove all the victims within a minute or two of arriving on scene. All of our crews did a phenomenal job getting all the victims out. One victim did end up going to the hospital,” said Steve Cox, South Bend Fire Chief.

The others inside were treated at the scene.

The victim that died was in apartment D, where the fire originated.

The building was heavily damaged by the fire.

A cause has not been determined yet.