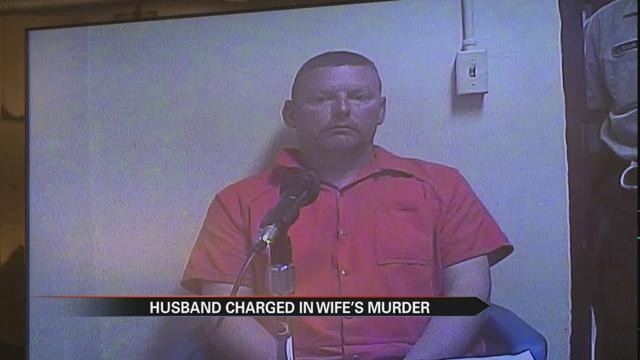 The Cass County Sheriff's Office released the name of the victim who was shot and killed at a home on Flanders Street in Wayne Township on Tuesday.

Deputies arrived at the home 2 miles east of Dowagiac and discovered Laura Jean Stineback, 42, with multiple gunshot wounds. She was pronounced dead at the scene.

The victim's 9-year-old daughter was taken to the hospital and released to family.

Deputies said a physical and verbal argument escalated to the use of deadly force by Stineback's husband, Terry Stineback.

Terry was taken into custody Tuesday night after the shooting.

Terry was arraigned Wednesday on charges of murder and assault with intent to murder.

During the investigation, the victim's 9-year-old daughter told police she saw Terry choke her mother.

Neighbors said they thought the family next door was happy.

“I came home after work a little bit after 11 and I seen the 57 News truck out here and a few cop cars and a bunch of other vehicles and I had a feeling that something really bad had happened,” said neighbor Tim LaViolette.

“I've been sending prayers up for her and asking my friends and family to do the same. Hopefully she'll be okay and have someone good to take care of her,” said LaViolette.

Police say the 9-year-old is ok and is staying with a family friend.

Neighbors say that Laura was a psychiatric nurse in Kalamazoo, and her husband liked to hunt in the area.

LaViolette went to feed the family's farm animals Wednesday since no one else could do it.

“It's quiet. The only thing you ever really here are farm animals,” said LaViolette.

Terry surrendered to police after calling 9-1-1 after the shooting.

“I mean they just seemed like a normal happy family,” said LaViolette.

During Terry's arraignment, the judge didn't grant him bond because she believes he is a danger to the public.

The Cass County prosecutor said in the 9-1-1 call Terry admitted to shooting his wife.