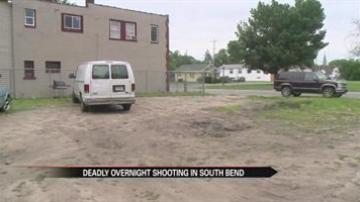 SOUTH BEND, Ind. -- St. Joseph County Metro Homicide released the name of the man who was shot and killed near Olive and Linden streets in South Bend Saturday around 11:30 p.m.

The victim has been identified as 55-year-old Michael Gillam of South Bend.

South Bend Police responded to Olive and Linden streets Saturday evening and Gillam was pronounced dead at the scene.

County metro Homicide was called in to assist the investigation.

CMHU took 55-year-old Michael Taylor into custody and he was arrested on a preliminary charge of murder.

The autopsy was completed Monday. Gillam died of a gunshot wound to the chest and it was determined to be a homicide.