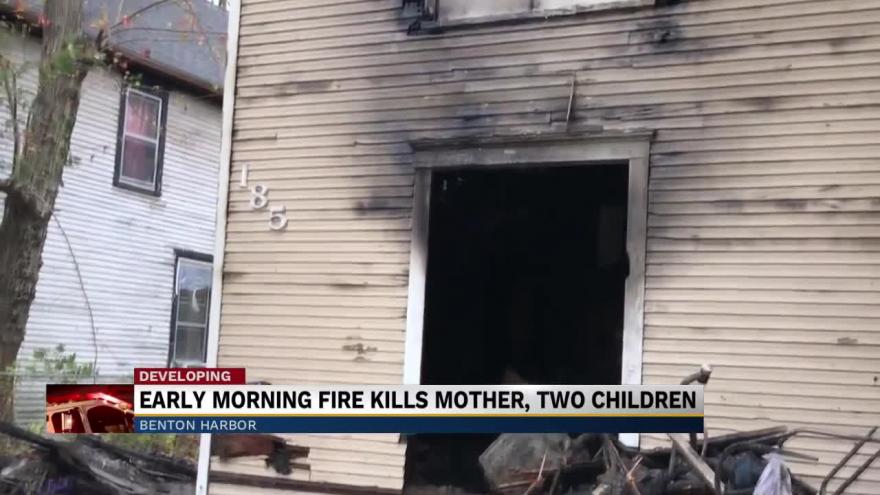 BENTON HARBOR, Mich.—The three victims who died in a fire in Benton Harbor on Sunday have been identified.

Amanda (Dortch) Hackney, 30, Markese Dortch, 15, and Sha’tari Razor died in the fire on Bellview Street, according to the Benton Harbor Department of Public Safety.

Hackney’s husband and the children’s stepfather was the sole survivor of the fire and sustained minor injuries, according to officials.

The cause of the fire is undetermined, according to preliminary investigation results.

Officials are awaiting the final report from the state’s fire marshal.

Emergency crews were sent to the fire at a duplex on Bellview just before 5 a.m. on Sunday.