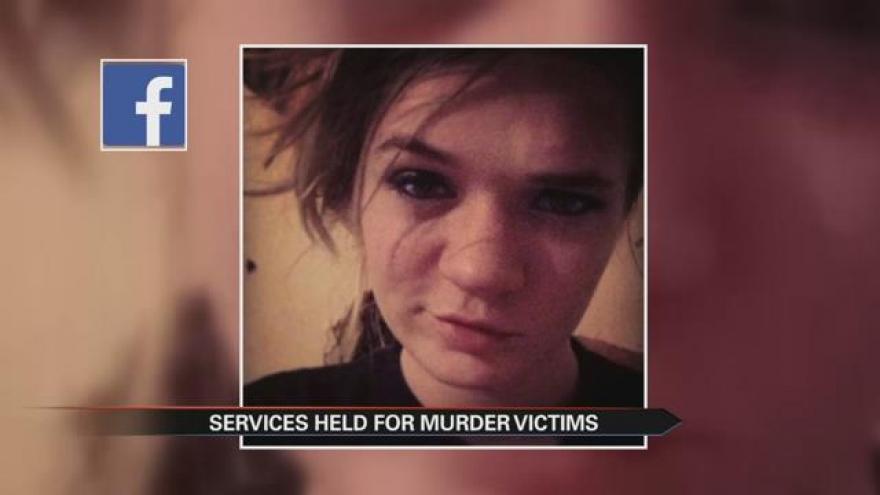 The father and daughter police believe were murdered in Coloma, MI were remembered during a memorial service Sunday.

Family and friends of Renee Mitchell, 27, and her father John Mitchell, 67, gathered at the Duffield & Pastrick Family Funeral Home in Coloma Sunday afternoon to mourn.

The family said they were not yet prepared to speak on camera.

It’s been less than 10 days since Renee and John’s bodies were discovered by family inside their house along M63 in Michigan.

In her obituary, Renee was remembered as a loving mother who enjoyed shopping, going to concerts, dyeing her hair different colors and spending time with her two little girls.

In his obituary, John was remembered as a doting grandfather who was a NASCAR-loving, poker-playing member of the United Auto Workers Union. He was also described as a “faithful employee.”

Police have charged Alex Perez, 24, with their murders.

Perez is the father of Renee’s two young daughters, Luna and Nova.

The girls were found with their father in Colorado in the early morning hours of January 15, after an Amber Alert was issued for them.

The girls missed their mom and grandpa’s memorial service because they are still in state custody in Colorado, but a family member said, off camera, that she hopes to have them home soon.

Perez appeared in Colorado court last Friday and asked for an attorney. His next court appearance is scheduled for Monday, Jan. 25.

A family member also said, off camera, that she thinks Renee’s sister will be ready to speak to the media about her loved ones in a few days.