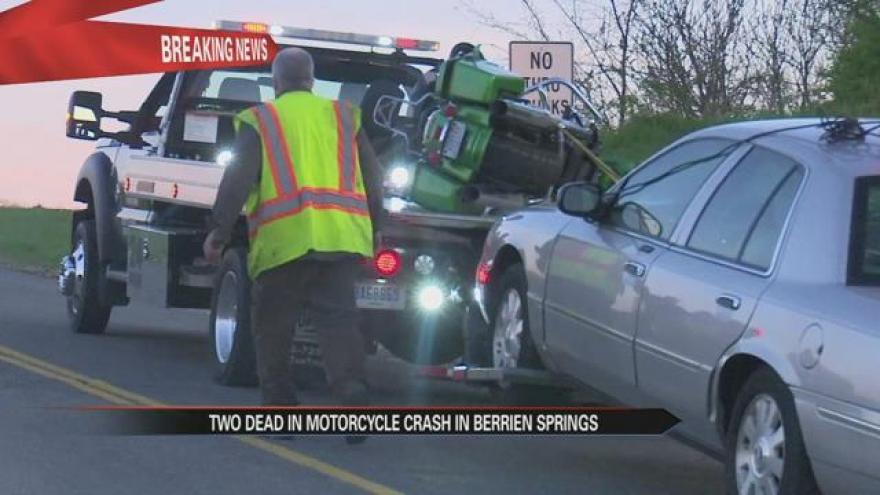 Berrien Springs-Oronoko Township Police have released the names of the people who were killed in a motorcycle crash at Shawnee and Garr roads Saturday afternoon.

Police said around 5:30 p.m. Saturday the motorcycle was eastbound on Shawnee Road when the driver of a car headed westbound turned left onto Garr Road in front of the motorcycle.

The driver of the car, 80-year-old Charles Habenicht, was not injured.