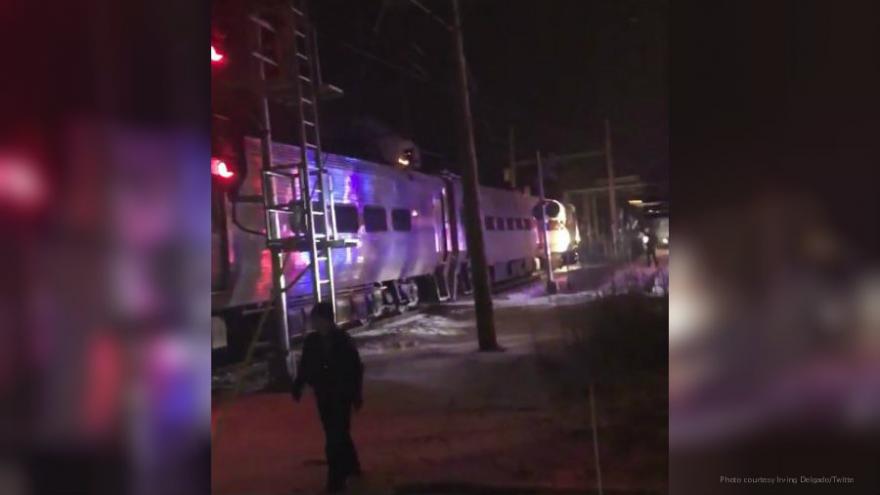 A video posted by a passenger and Notre Dame student, Irving Delgado, shows people rushing off the train. Delgado said there were sparks and smoke in the cabin.

My train exploded on my way back to school. The wire carrying 150k volts snapped and slammed the train - there was fire and sparks and smoke engulfing my cabin as we all sprinted to the front of the train. I can only thank God I'm still here tonight. Thought i would share. pic.twitter.com/VvJRKvi4mU

The company says the train was moved to a maintenance facility to determine what caused the incident.

Passengers will be bussed between the Michigan City and Ogden Dunes while repairs are being completed.

South Shore notes other trains will operate as normal.