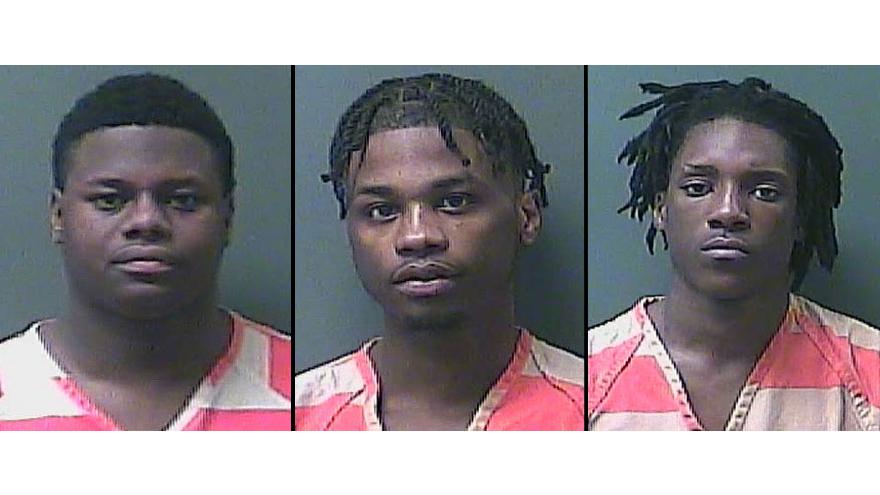 On Friday, an officer spotted a Ford SUV that committed a traffic infraction on Barker Avenue and conducted a traffic stop.

There were six people inside the vehicle at the time of the stop.

Police searched the vehicle and located four handguns. One had previously been reported stolen, according to police.

Further investigation revealed three of the subjects in the vehicle were allegedly involved in an armed robbery earlier on Friday. A fourth person in the vehicle, 19-year-old Rodney Rolland, was arrested on a charge of possession of marijuana, reports said.

The three subjects allegedly involved in the armed robbery were arrested on Friday and charged on Tuesday.