Violent crime up nationally, down in South Bend 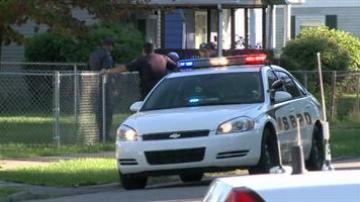 SOUTH BEND, Ind. -- It may seem hard to believe, but South Bend is seeing a decrease in violent crime, according to new crime statistics released Thursday by the Bureau of Justice Statistics.

"The high water mark for violent crime in the city was the early to mid-90s," said Captain Phil Trent of the South Bend Police Department.

Since then Trent says the numbers have been declining in South Bend.

Nationally, violent crime had been decreasing, but they are spiking again.

This year is the second year in a row that the numbers have increased nationally.

That brought violence unlike anything police had seen before.

"If you look at a 25 year homicide average, you're looking at approximately 15 homicides per year as a median number; we were in the 20's for homicide numbers in the early 90s," said Trent.

In contrast, this year that number is only 6.

But that, he says, can be deceiving.

"Faster, better access to hospitals and doctors, and that has cut our homicide numbers for sure," said Trent.

Trent says a better way to gauge violent crimes is by the number of shootings.

"We're seeing a 25 percent decrease in the last couple of years, in gunshot wounds being reported," said Trent.

Making the city a far safer place to live than many people believe, according to Trent.

"We should count ourselves as lucky as a community here, that we are seeing reductions in violence despite what's commonly believed; what's commonly traded in anecdotes between people," said Trent.

Trent says this decrease in violent crime has been helped by community outcry to stop the violence.

However, Trent says the city still struggles with youth violence because the message isn't reaching young adults who commit the crimes.