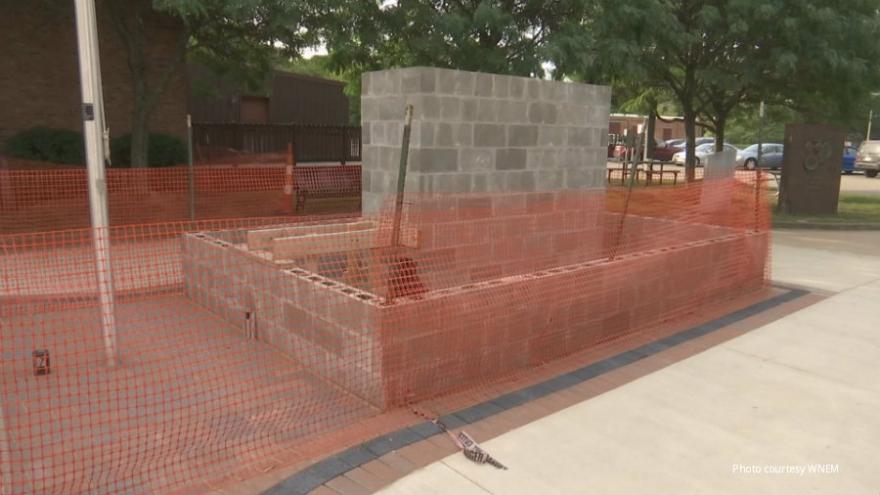 The plan was to tear it down and leave an empty space behind, but that didn't fly with one of the locals.

Now, the whole area is slated for a major face lift to pay tribute to those who have served.

"That pride you feel for your country and respect for those who served," said Maryanne Lindow, vice president of Vassar's Military Support Group.

Lindow was born and raised in Vassar. She describes herself as a "war baby" and said she is proud to support veterans.

"We try very hard to honor, respect, support those who have served our country," Lindow said.

That's why she and other volunteers are working to restore a fountain as part of a veteran's memorial in town.

Mark Cooper was the first to have the idea after a city council meeting ruled the original fountain to be torn down.

"The idea was to remove it and not replace it. So I was in that meeting listening and I came up with the idea, why don't we replace it to make it better than it was so it honors the veterans, yet it's something we can do for the city also," Cooper said.

It's not just the fountain that's getting a complete upgrade, each of the pavers with veterans' names has been taken out to get refurbished and will be replaced at Veteran Plaza.

Jim Baker, treasurer for the support group, said the restoration is the community's civic duty.