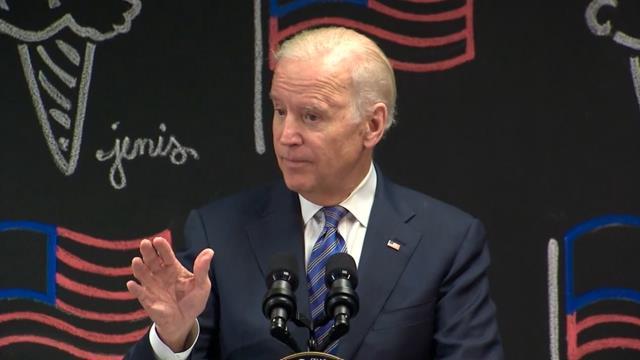 Starting December 1, 2016, if certain employees work more than 40 hours a week they’re going to get paid for it.

Today, Vice President Joe Biden spoke to workers at an ice cream factory in Columbus, Ohio about this important step toward strengthening the middle class.

“When the middle class does well – the wealthy do very very well, and the poor have some hope. They have a way up,” stated Biden.

The new overtime document released by the White House more than doubles the money a worker can make before they become exempt from getting overtime pay.

Vice President Biden said it’s about more than just about being fair to hard-working folks. It’s also about stability in the U.S.

“The stability, the social stability has been sustained here in the United States because of this belief that Americans have had that if ‘I work hard – if I give it a shot – if I do my part – I can make it. I can make it. Anything is possible,’ remarked Biden.

Though the document spells out pretty clearly who is exempt and under what conditions from receiving overtime pay, some major categories of workers have been left out of the benefits.

Employers and employees are scrambling to make sense of the finer details of the law to see how or if they will be affected.

However, it looks like educators will either not be affected by the new law or may be negatively affected.

We called out the University of Notre Dame to see how they felt about the new law. However, officials for the schools would only say, “we're studying the issue but don't have anything specific to say.”

ABC 57 News will continue to follow this story as it develops.