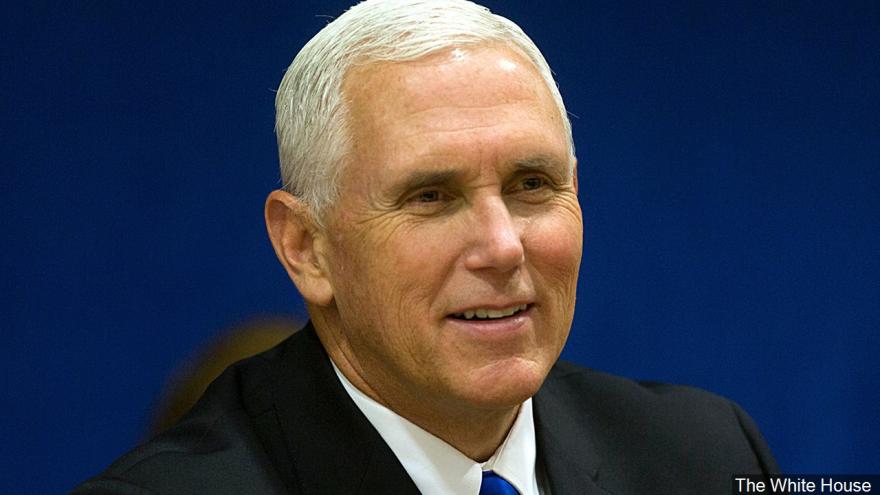 GUATEMALA CITY (AP) — U.S. Vice President Mike Pence told the leaders of three Central American nations Thursday that they must do more to stop the flow of migrants who enter the United States illegally.

He made the comments to the presidents of Guatemala, Honduras and El Salvador, where economic struggles and violent crime have pushed many people to try to sneak into the U.S. in hopes of finding better lives.

"This exodus must end," Pence said. "It is a threat to the security to the United States, and just as we respect your borders and your sovereignty, we insist that you respect ours."

He said the Trump administration "will always welcome" immigrants who follow the rules in getting permission to enter the U.S.

"In the last year alone, we welcomed more than 1.1 million legal immigrants into our country and our communities, including nearly 50,000 legal immigrants from Guatemala, Honduras and El Salvador last year," he said.

But, Pence added, the U.S. is determined to act strongly against those who don't.

"Tell your people that coming to the United States illegally will only result in a hard journey and a harder life," Pence said.

Referring to the U.S. policies that led to the separation of more than 2,000 children from their parents, many of them from Central America, Pence noted President Donald Trump has reversed that approach.

Sanchez Ceren of El Salvador said one of his ministers had confirmed that the minors in the shelters had their basic needs covered, but he emphasized that "it's vital for their psychological health and their emotional health to reunite them immediately with their families."

Earlier in the day, Pence was in Ecuador, whose leader he praised for improving relations with the U.S.

He also urged President Lenin Moreno to hold a firm line against neighboring Venezuela, which has been crumbling in economic and political crisis.

"The Ecuadorean people have shown remarkable compassion," Pence said, noting that 350,000 Venezuelans have fled to Ecuador, a country of a little more than 16 million people. "We must all take strong action to restore democracy in Venezuela."

Moreno said a solution to the Venezuela's crisis is ultimately up to its own people, but added that he and Pence agreed to work together in coordination with the Organization of American States to promote citizen rights and fundamental freedoms throughout Latin America.

Winning back trade privileges rejected by Ecuador's former president, Rafael Correa, were a central part of the talks for Moreno.

He was elected last year with Correa's backing but has since broken with his mentor in adopting a more business- and press-friendly stance that has earned him bipartisan praise in Washington as something of a bridge builder in ideologically polarized Latin America.

Pence said relations have improved under Moreno's leadership and noted their shared fight against international drug traffickers. He credited the new president with reversing a decade of failed policy and rooting out corruption.

During their private meeting, Pence raised the issue of Julian Assange, the WikiLeaks founder who Ecuador has granted asylum, U.S. officials said.

Assange, whose leak of classified U.S. documents infuriated U.S. government officials, has been a sticking point between the two nations. He has been living under asylum inside the Ecuadorean Embassy in London since 2012.

Pence and Moreno did not mention Assange in their public comments.