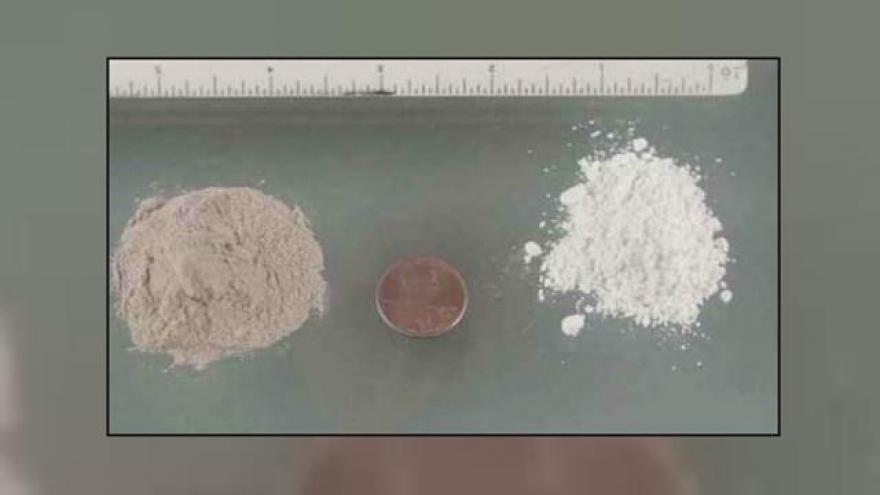 It’s being reported as 10,000 times more potent than morphine and considered one of the newest, deadliest street drugs.

Many local police, state law enforcement, even health officials have never heard of it.

However, despite its dangers, Special Agent in charge of the Chicago Field Division Office of the Drug Enforcement Agency (DEA), Dennis Wichern, confirms it is not a controlled substance scheduled by the DEA at present.

So, does this make the drug legal? Calls to Indiana Governor Mike Pence’s office, law enforcement officials in Indiana and Canada and even the White House turned up no concrete response.

The La Porte Police Department however, is taking notice of it and took to Facebook to warn people.

So, we dug deeper to try to get some answers on this new drug.

An Indianapolis toxicologist, Kevin Shanks tells us part of the problem is so little is known about W-18.

“It's danger really lies in that we do not know much, anything, about the drug. We don't know what receptors it affects. There have been reports that it's actually an opioid receptor agonist, where it affects receptors like morphine, fentanyl and heroine, but this is not true," Shanks said.

Shanks says there’s no evidence to support that claim.

However, regardless of what is or is not known about the drug, there is one thing everyone is clear on – it is dangerous and can be lethal.

So, right now, legislation is being drafted in Florida to fight the legal or illegal purchase of the drug, as it may be.