Wakarusa man guilty of practicing law without a license 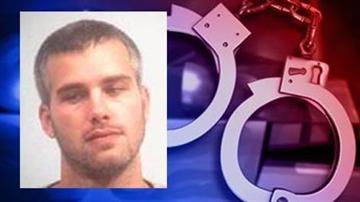 ELKHART COUNTY, Ind. -- An Elkhart County jury found Joshua Rebel Hays of Wakarusa guilty of practicing law without a license. He represented himself during the trial.

The Elkhart County Prosecutor's Office began investigating Hays after he attempted to act as his wife's attorney during a small claim case in Superior Court 5.

During the hearing, Hays spoke for his wife and attempted to make arguments in her case, according the prosecutor's office.

Judge Charles Wicks repeatedly told Hays he was prohibited by law from representing his wife and that it was a crime.

Hays argued the law with the judge, called his wife his defendant and client and shouted objections from the gallery - and then was removed from the courtroom.

Hays filed a federal civil rights complaint against the judge.

When he returned to court again to represent his wife, the judge found him in contempt and sent him to the Elkhart County Jail.

Hays is also accused of telling a DNR officer that he was an attorney.

During the trial, Judge Wicks testified to the many times he told Hays to stop, to sit down and to stop acting as his wife's attorney.