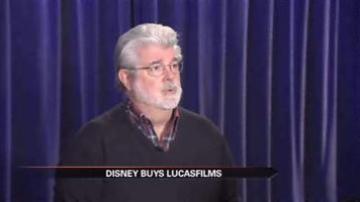 The Walt Disney Company has bought Lucasfilms for $4 billion.

This means Star Wars and everything related to that franchise is now owned by Disney.

Robert Iger also talked about how the new Star Wars film will be out in 2015 and production should not be affected.