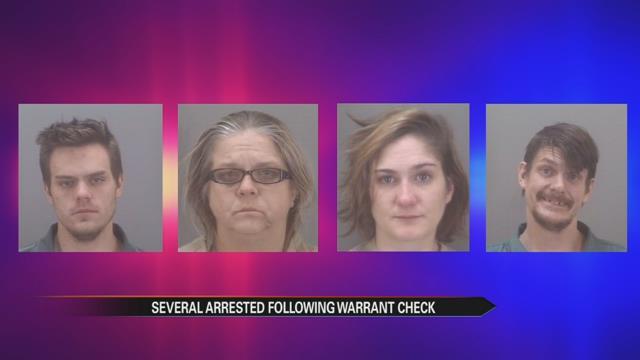 The arrests happened around 9:30 a.m. off County Road 400 South in LaGrange.

Initially, deputies went to a home to arrest one woman, Arielle Aldrich, for failure to appear in court.

When they arrived, officers found Aldrich along with the homeowner and two others in the home at the time.

Upon searching for Aldrich, officers discovered meth and meth labs along with items that are believed to be evidence from recent burglaries.

As a result, Stacie Scott. Jason Priestly, and Marcus Yutzy were booked for Visiting a Common Nuisance and Aldrich was booked for Failure to Appear and may be facing additional charges in other investigations.