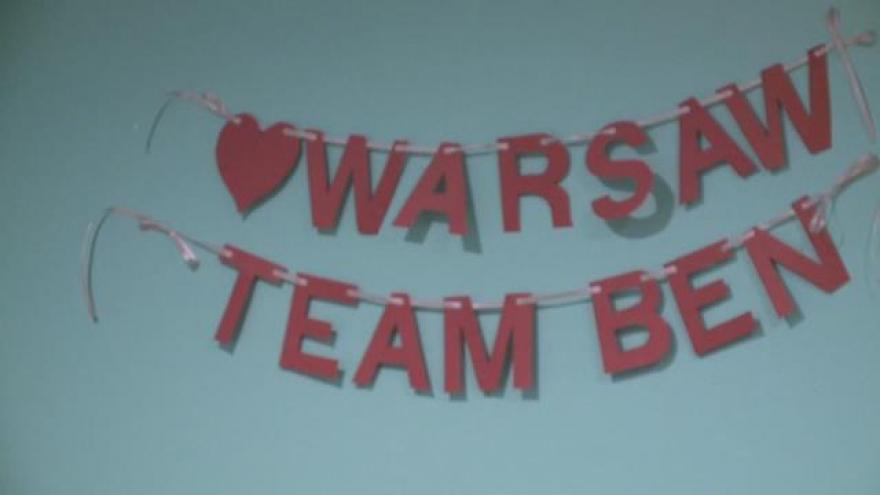 Michiana got a taste of the limelight Monday, as their city served as the backdrop for an episode of The Bachelor. Ben Higgins and his remaining six women took a trip to his home town of Warsaw.

Warsaw resident Lindsey Miller says she has long been a fan of the show, but this season is special.

“Now that he’s from Warsaw, I’d say I’m a superfan. I think people like him a lot because he doesn’t seem like he’s after the fame, but really truly looking for love,” said Miller.

Miller hosted a watch party Monday night for over a dozen friends who share the same adoration for Higgins.

“They want a guy who is real and honest and Ben is really all of those things and I think it has a lot to do with where he was raised and where he’s from,” said friend Kalee Benowitz.

“It’s just neat to see all the little things he brings into the show from our hometown,” said Miller.

Showing off their hometown was the episode Miller and her friends, along with much of Warsaw, have been waiting for.

“We were at a lot of the events so it will just be fun to see our hometown and even see if we’re in any of the film,” said Miller.

For this group of friends getting together is about much more than watching the show.

“It’s a fun excuse to get together each week to have fun and put our kids to bed and be able to have some good girl time,” said friend Megan Engelberth.

For a look at our full interview with Ben Higgins, click here.