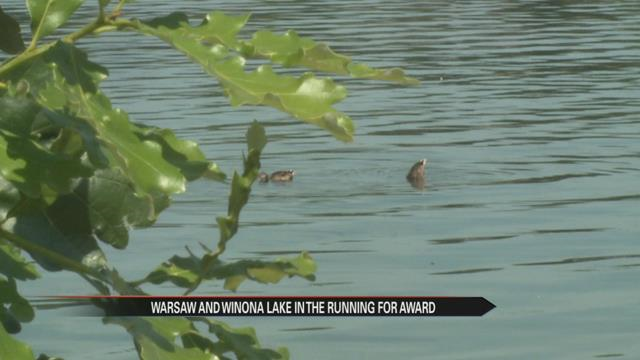 There could be big improvements ahead for the city of Warsaw and the town of Winona Lake. Warsaw is a finalist in the Stellar Communities Designation Program. The city is one of three other finalists.

The state of Indiana created the program back in 2011 as a way to recognize and reward small communities that are actively seeking to make improvements and also have a vision for the future. The program is a partnership of three state agencies to help fund local road, housing, and infrastructure improvements.

“It’s way to reward communities who have planned and have vision for their future, and have comprehensive plans,” said Warsaw Mayor Joe Thallemer.

Warsaw became a finalist earlier in the year after city officials submitted an application to the Stellar State Committee. They detailed out a community vision, specific areas for improvement, and how they would go about achieving those projects.

One of the main target areas for this project has been the East Market Street neighborhood. That area begins in downtown Warsaw and goes to the town of Winona Lake. Their goal is to better connect these two communities by adding in bike trails, parks, and revamping buildings.

A total of 8 different projects have been identified. You can read more about the projects here.

Thursday a group from the Stellar State Committee will be in Warsaw to tour the area and learn more about the detailed vision. If Warsaw is chosen as the Stellar Community, funds would be set aside for them to continue making improvements to the area. Roughly it is about $6.5 million that would be already set aside for projects.

“The community has been very excited about it. We’ve got banners up, we’ve got signs, the marquees are going up,” said Thallemer in reference to the upcoming visit.

It will be announced which city is chosen on August 18 at the Indiana State Fair. “We’re very confident. These are projects, obviously we’ve done some projects already, we’ll be in the process of doing some of these projects and we will continue in the future with these projects,” Thallemer added.