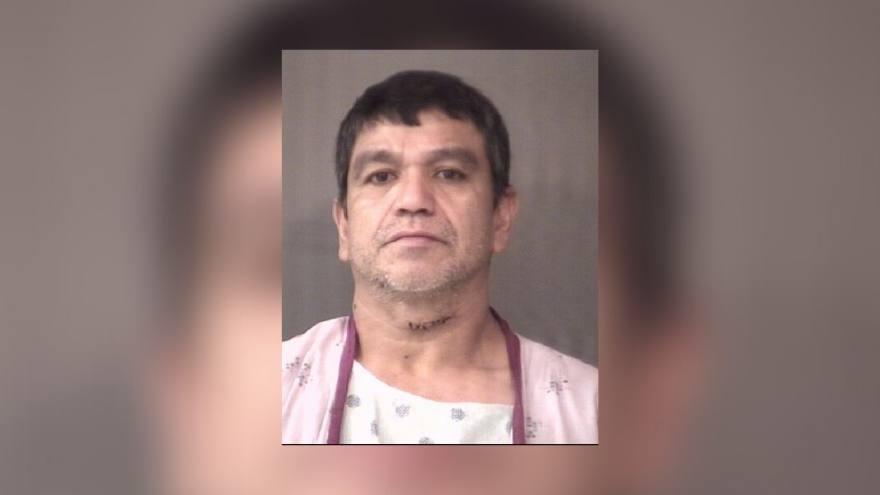 KOSCIUSKO COUNTY, Ind.—A Warsaw man was arrested on February 26 on suspicion of attempted murder, among other charges, according to the probable cause affidavit.

On February 22, just after 8 a.m., police were sent to a residence on E. Levi Lee Road in Kosciusko County for reports that a man had stabbed a woman, according to court documents.

A group of people at the scene pointed police towards a possible suspect in a black and red jacket, later identified as Juan M. Ramirez Garcia, of Warsaw, reports said.

Garcia appeared to have blood down the front of his clothing and was bleeding from the neck area, the probable cause affidavit said.

Police located a female victim who was covered in blood and had multiple stab wounds to the face and head, court documents said. Later, she was found to have also been stabbed in the chest.

The woman was airlifted to a hospital in Fort Wayne for her injuries. Her current condition was not released by police.

According to a witness at the scene, the victim and her husband, Garcia, were screaming and when the witness went to see what happened, she saw blood on the victim, reports said.

The witness reported to police that she and the victim were dragged from the home by Garcia and once in the front yard, Garcia cut his own throat with a second knife, court documents said.

Children were present during the domestic altercation and attempted to stop the incident, reports said.

According to court documents, Garcia has a prior convictions for intimidation and battery to a public safety official.